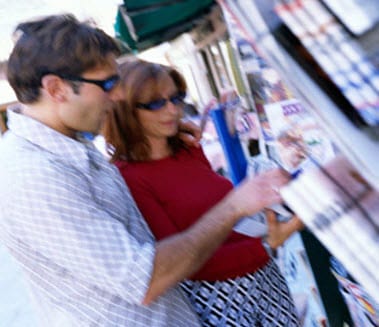 A new study conducted in the U.K. and Japan has shown that the barcodes are being scanned but not to buy.

The results of a Euromonitor retail technology survey have just been released and they have shown that while QR codes are being scanned by consumers, they are not being used for shopping.

The study included the participation of consumers in fifteen different markets.

Beyond the use of QR codes, it identified a number of mobile commerce trends. It indicated that consumers in the United Kingdom and in Japan have a tendency that is three times greater to use their smartphones to access a website in order to obtain information to assist them in shopping than they are to talk to a sales representative in the store itself.

QR codes are used for information purposes, but consumers still aren’t heavily using them to shop.

It also determined that consumers in China are far more likely to use a website over their smartphones than to talk to someone who works in the store itself. The Euromonitor study observed that while there is a considerable growth occurring in mobile commerce and technology in the retail sphere, the use of QR codes remains relatively uncommon within the shopping experience.

They found that there were 40 percent of the respondents of the survey who had never scanned QR codes in order to obtain product information while they were shopping. To some, it is surprising that even in tech-savvy China, where technology is heavily used in order to enhance the overall shopping experience, only one in every five shoppers scanned the barcodes on a regular basis while in store.

It should be kept in mind that this still means that a fifth of that market – which represents a tremendous number of people – were still using QR codes to help them at some point during the shopping process. However, it is easy to understand why mobile marketers might be somewhat disappointed by those numbers, considering the potential of the barcodes if only they were being used. Product reviews – one of the most commonly sought pieces of information while shopping – were most commonly read at home, which could help to explain that usage trend.