The question is whether these slick new quick response codes will be more appealing than their standard version.

By the close of August 2015, Microsoft will have completed its abandonment of its Tag proprietary version of QR codes, due to the fact that “nobody scans”, but at the same time, other companies are working to make these barcodes more appealing to marketers and consumers, alike.

The fact is that quick response codes have seen their successes, but they are in very specific areas.

For instance, there have been some specific campaigns and uses that have allowed QR codes to be scanned quite frequently, including everything from making it easier to make charitable donations during fundraisers, to the primary method of completing mobile payments transactions at Starbucks. Moreover, there are certain markets that appear to be more open to scanning barcodes than others, as Asia seems to be happier with them than the Western world, for example.

It is clear that there is something about QR codes that has yet to appeal to everyone. 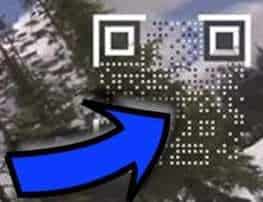 Some companies, such as one called Lynkware, is hoping to be able to overcome that problem by helping to broaden their appeal, in terms of the way that they can be displayed on a package or marketing ad. The better they can be worked into a brand’s graphics style, the greater their visual and aesthetic appeal to the people who will be viewing them.

The QRcode design from Lynkware provides a transparent display. This allows these barcodes to be merged into a full color background, regardless of whether it is static or is a part of a video stream. This way, the barcodes can remain perfectly visible, so that consumers will know when they are able to scan them, but without interrupting the appearance of the ad or the video into which they have been integrated.

These QR codes can simultaneously stand out and blend into any video, giving marketers the ability to encourage social media likes for a brand, product ordering, charitable donations, app downloads, and website visits, among other things. This is accomplished through a patented “QRchic” technology.