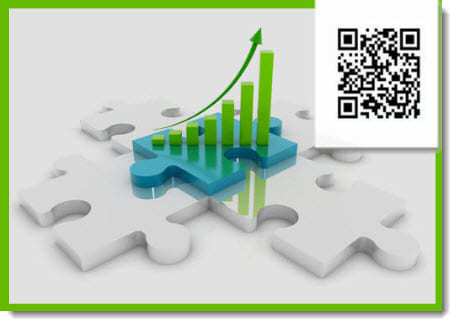 The mobile barcodes have taken off among European smartphone owners.

A new comScore report has shown that the number of smartphone users in Europe who have scanned QR codes has increased by 96 percent over the same three month period (ending July 2012) in 2011.

The research examined the impact and activity of mcommerce overall in the continent.

It included the usage of QR codes in the five largest markets in Europe (Germany, France, the United Kingdom, Spain, and Italy). What it discovered was that three out of every four scans of these mobile barcodes resulted in the receipt of product information by consumers, making it the most popular form of result across the entire continent.

More than one in four scans of QR codes brought smartphone users to event information.

This made that form of information he second most popular among the markets included in the study. Over 19 percent of the people who scanned QR codes received special offers or discount coupons, while another 13.4 percent received downloads of apps.

Among all of the countries that were studied by the researchers, Germany came in first for the use of smartphone barcodes. In that country, 18.6 percent of mobile users had scanned them within the three month study period. When compared to the average for the continent, at 14.1 percent, this was notably higher.

On the other hand, the fastest growing market was determined to be Spain. There, the number of mobile device users who were scanning QR codes had increased by 9 percent, reaching 16 percent of smartphone owners.

According to the comScore European mobile product manager, Hesham Al-Jehani, “Consumer usage of QR codes offers a new and exciting opportunity for marketers to help move consumers further down the purchase funnel.”

Al-Jehani went on to say that as the barcodes are able to provide consumers with a larger amount of useful and detailed information about goods and services, the provide a bridge between the shopper and the critical data that fills the gap in their consideration of a specific purchase. He also stated that as most consumers now have smartphones, and mcommerce is becoming a much more common element in the overall mainstream shopping process, QR codes have become a natural way to quickly and easily educate oneself about a product being considered in-store.