Produce suppliers are beginning to use quick response codes to label their products.

According to supermarket expert and founder of SupermarketGuru.com, Phil Lempert, produce suppliers who do not use QR codes are missing a considerable opportunity to communicate with consumers in terms of nutritional data, recipes, contests and promotions, and other areas that could engage shoppers and encourage them to buy.

These barcodes have made their way into mainstream packaging for processed foods.

This has allowed consumers to use their smartphones in order to allow them to use the internet to access content that will allow them to learn more while they are in the store and making the decision as to what they should purchase. A recent Deloitte Digital survey suggested that approximately half of the people in the United States own a smartphone.

QR codes play an important role in engaging those smartphone using consumers at a vital time.

Among smartphone owners who shop over mobile, 61 percent have said that they use their devices while they are actually in the store in order to learn more about a product or to find a 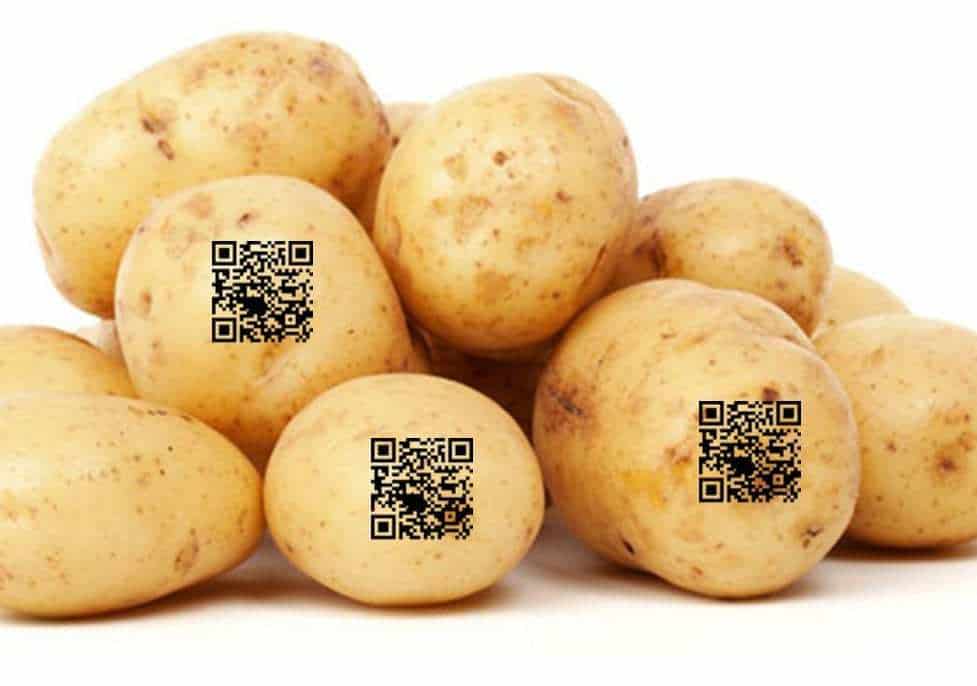 discount opportunity, such as a digital coupon. Lempert explained that “Typically, the produce department hasn’t capitalized on that.”

However, more recently produce suppliers have started to use QR codes on labels for their products. This includes stickers on fruits and vegetables as well as printed barcodes on larger forms of packaging. For example, Lempert identified a trend among Idaho fresh potato packing facilities that are using the codes, and he expects that this will only continue growing over time.

Among those companies that have started using QR codes is Potandon Produce, an Idaho Falls based enterprise that labels its exclusive Klondike potatoes on their newly redesigned bag. According to the marketing coordinator of the company, Barbara Keckler, they have been doing so for the last three years. She stated that “Eventually we’ll have it across the board on all of our products,” adding that “I think there are a lot of options with it.”

The goal that Potandon Produce has for the QR codes is to encourage consumers to try eating potatoes in a number of new and different ways, which will lead to more sales.