Though mistakes are still being made, many mobile marketers are learning from the errors of others.

If there’s one thing that can be said about QR codes, it is that they have generated a great deal of controversy over whether or not they should be considered to be a successful mobile marketing technique.

Though some of these barcodes have seen thousands of scans, others have remained virtually unnoticed.

The main problem with the QR codes that have been unsuccessful is that not all marketers are completely familiar with how they should best be used. Last year there was approximately $20.6 billion spent on mobile ads (said the data from Trinity Digital Marketing) and a large segment of those advertisements contained the barcodes.

While there were QR codes that shattered records for their use and the purchases they generated, others were failures.

Mobile marketers are beginning to realize that there are certain ways to use QR codes that will be entirely uninteresting to consumers, or that will draw interest but be virtually impossible to use. A growing number of marketers who use these barcodes are now beginning to pay attention to the errors that have made – by themselves and others – and are polishing their campaigns so that they will generate greater successes.

Best practices for QR codes are being regularly released, and the efforts of the Automatic Information and Data Capture lab at Ohio University is furthering that effort. Professor Kevin Berisso, the director of that lab, has been testing a number of different variables that have to do with the use of these barcodes. The project is ongoing, but he recently presented some of his findings to the mobile marketing community.

This included the fact that marketers need to know whether their target demographic is within the group that is most likely to actually use QR codes. One of the reasons that barcode based campaigns fa 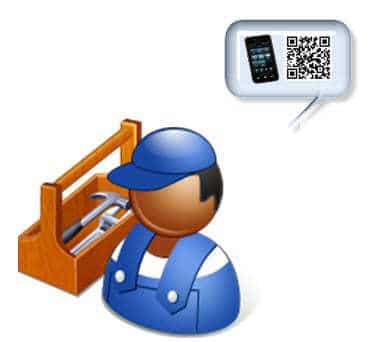 il is that they are directed toward individuals who are unlikely to scan them. For instance, Berisso’s findings showed that approximately twice as many people between the ages of 18 and 29 (66 percent) own smartphones than those in the 50 to 64 generation (34 percent). There was also a difference seen between groups of individuals living in urban areas versus those in suburban or rural areas.

As Professor Berisso and others continue to publish their findings, marketers can gain the knowledge that they require to increase the success of their campaigns using QR codes.