This quick response code service from an Argentinean beer has been advertised with a series of entertaining commercials.

Andes, a beer brand from Argentina, has now launched a new marketing campaign that includes the use of QR codes in order to allow people to be able to send video messages to the recipients of a bottle of the product.

The campaign has involved the release of a series of funny commercials to illustrate the use of the service.

The entire idea behind the use of the QR codes is that a bottle of beer can make it easier when you have some bad news that you need to take. Therefore, by giving someone a bottle of beer and the message at the same time, it should be easier to swallow, right? Even if it’s not, the concept is an entertaining one and it is drawing attention to the brand from around the world.

The QR codes on the beer bottle labels let people record video messages that they can share.

The Andes beer labels each have their own unique QRcodes printed on them. The idea is that someone can scan them with a smartphone and record a video message of themselves. The bottle can then be given to someone else, who can also scan the barcode and play the message that was recorded for them. 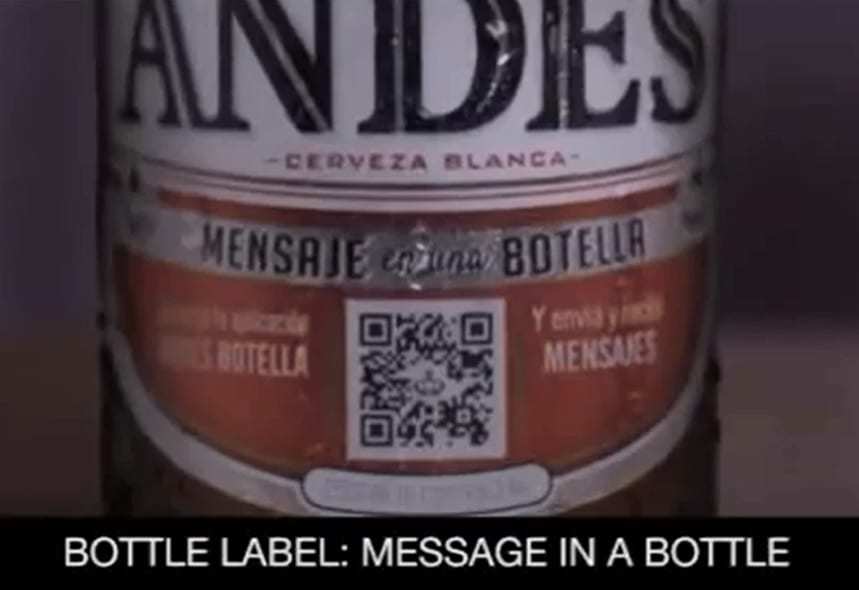 The concept for the “message in a bottle” quick response codes is the result of a partnership between Andes beer and the Del Campo Saatchi & Saatchi ad agency. They came up with the idea as one that would be fun for consumers. Instead of placing a message in a bottle to be found by anyone, they are recorded on the bottle and are viewed by a specific recipient.

That said, the two companies also remembered that the majority of people won’t actually keep their beer bottles forever so, for the sake of the privacy of both the people who have sent and received the messages through the use of the QR codes, the videos are stored on the cloud only until they have been viewed, at which time they are automatically deleted.