The quick response codes that are posted on the signs help with the identification of 24 different local species.

Matthews Park now has a much more high-tech feature than it ever has before, as signage has now been added to some of the trees that include QR codes that can be scanned in order to learn more about 24 local species that are represented within the space.

The hope is that by allowing people to scan the quick response codes, they will become more interested.

According to Ron Muller who took part in this project, “We felt that putting QR codes on the signage would be helpful to get people more interested in using these signs.” This project using barcodes is a component of an effort being made on a state and national level to boost the awareness of the public when it comes to urban forestry. The Norwalk Tree Alliance has taken on this effort by posting signs around the Matthews Park in Norwalk that are 4 by 6 inches and that feature scannable barcodes.

Any free QR codes reading app can be used to scan the barcodes to learn more about the types of trees. 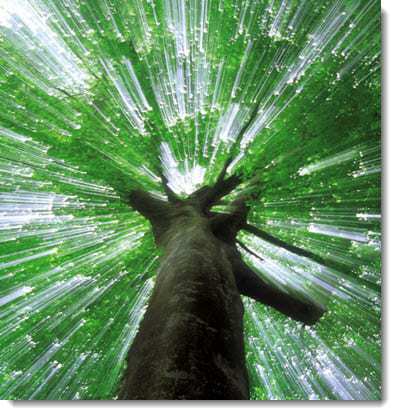 Ron Muller played a critical role in the coordination of the effort on the local level, saying that this was an opportunity for the implementation of an education program through simple QRcode technology.

He explained that “I think it’s important for the younger generation, who use these QR codes for sure, to get acquainted with what’s around them and trees are certainly an important part of what we are and what we have.”

When a barcode has been scanned by a smartphone or tablet user, that mobile app automatically directs the user to a device friendly website that provides more information about each type of tree. The barcodes are unique to each species of tree and allow a visitor to the park to learn more about it.

Muller found the process exceptionally easy, and generated the QR codes, himself. He used a generator program that allowed him to save the code so that he could simply transfer it into the file containing the artwork for each sign.