In fact, quick response codes are having an impact on this demographic’s social behaviors.

A new theory published in the South China Morning Post suggested that QR code use is changing the way young adults in the country live their lives. It is, according to the report, altering the way young Chinese adults view money and it is even altering their social behaviors.

Quick response codes have been central to many forms of mobile payment technologies in the country.

In China, consumers use mobile payments fifty times more than shoppers in the United States. That said, Forrester Research data shows that mobile payments in the U.S. broke the $112 billion mark last year.

That said, in China, mobile payments broke the 38 trillion yuan mark, according to iResearch data. In that country, many of the smartphone based banking and payment transaction methods are based on QR code use The barcodes are quick and easy to recognize and use and they are playing a role in a rising number of mobile wallets and payment platforms.

QR code use is common enough that some restaurants simply pin the barcodes on server uniforms. 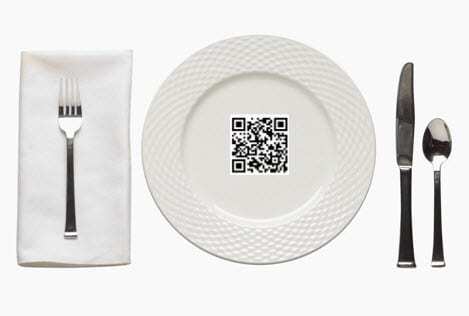 These QR codes are pinned onto bartenders, as well. This allows restaurant patrons to use their smartphones to simply scan the codes in order to leave a tip for that server if they are satisfied with service. This technique appears to be working surprisingly effectively. In fact, the Beijing Morning Post report indicated that servers can bring in up to 3,000 yuan (about $440) per month on nothing but tips earned through barcode scans.

That said, the QR codes aren’t just being used by retailers and restaurant employees. Panhandlers have also been using the barcodes to make it easier to ask passers-by for money.

The report pointed out that the young adult generation is entering into a world of barcodes. As a result, they could end up with an entirely different perspective in relation to money when compared to previous generations. QR code use has become a link between both purchasing goods and services and also socializing. This link can create a new kind of connection through the digital experience, according to the report.