As shoppers head to their smartphone as a part of their shopping journey, quick response codes play a growing role.

QR code usage has been taking off at a time when it had been expected to die off by many people in the tech industry. Its affordability and ease of use has made it highly appealing as a part of retail mobile marketing strategies.

This claim is supported by research results put forward by Juniper Research.

Juniper now forecasts that the QR code usage by consumers is only going to continue to grow. In fact, its predictions included a growth in mobile coupon redemption via QR code to the point that it will hit 5.3 billion by 2022. On the other hand, last year, the number of coupons redeemed by way of quick response code reached around 1.3 billion, according to the same firm’s figures. Furthermore, Juniper expects that there will be more than 1 billion mobile devices used for redeeming QR code coupons in five years.

The rise in QR code usage is being credited to several factors, including built in smartphone functionality. 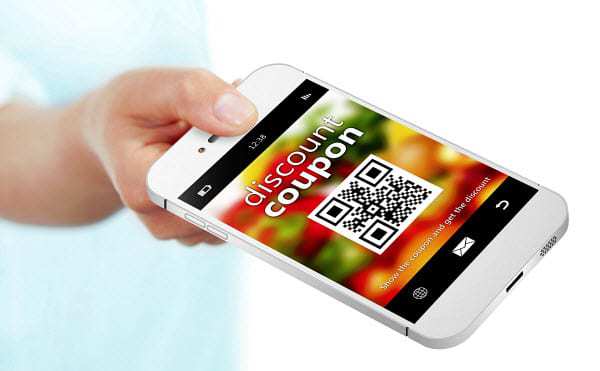 This particularly kicked into gear when iPhone camera apps were upgraded to include a QR code reader functionality.

“Apple’s addition of QR code reading facilities directly addresses a major barrier for use in Western markets,” said Lauren Foye in the report. Foye is an analyst for Juniper Research. “The lack of an in-built reader had been a hindrance, with consumers needing to download a separate QR code scanner app,” she added.

The team at Juniper feels that mobile retailers are getting ready to roll out broader features and tools to an audience that is increasingly open to using QR codes. For instance, Target recently announced its mobile payments system based on QR codes. This system allows consumers to scan offers to automatically add and store them into the payment cards they have stored on their smartphones. Those offers can then be redeemed at checkout through an instant payment method.

At the same time, Juniper predicts that as QR code usage rises, so will mobile enabled loyalty cards. In 2017, they doubled to 2 billion. By 2022, they should reach almost 4 billion, said the forecast.