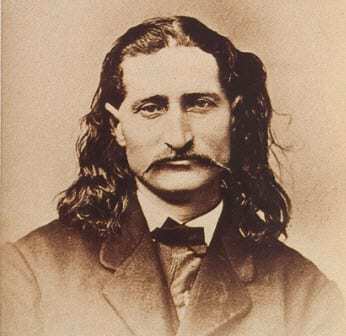 The famous historical downtown duel is now available on smartphones.

Springfield, Missouri, is using QR code tourism to help to bring to life the legendary quick draw duel that occurred on its downtown streets in 1865, between J.B. “Wild Bill” Hickock and Davis K. Tutt.

The barcodes have been displayed around Park Central Square.

These QR code tourism signs mark the places where witnesses saw the duel. Today, visitors to the Square can scan the barcodes in order to be directed to a link that will provide them with a recorded reading of the statements that were made by those witnesses following the historical event.

This QR code tourism is meant to help to provide better information about this moment in history.

According to the assistant director of public works, Jonathan Gano, “The background of the current phase is a long-term effort to do a better job of taking advantage of the fact that a very famous event happened here that has worldwide knowledge.” He added that “Most people across the world know who Wild Bill Hickok is.”

The shootout that is the main focus of the QR code tourism, happened on July 21, 1865. It was the result of a disagreement about a poker debt in which a gold watch had been gambled. The duel occurred in the place that is now the location of Park Central Square in Springfield. Tutt was killed in the shootout.

Gano explained that this was the first time that a one-on-one, quick draw duel had ever occurred, and it became a style for which the Wild West was known. He also pointed out that both at that time and throughout history, that event became famous around the world. Gano does note that he believes that articles that were published in magazines about the shootout, such as in Harpers, may have been somewhat dramatized.

As the square was constructed in 2011, Gano found himself interested in the shootout and discovered a coroner’s inquest about the event. Though there wasn’t anyone who actually saw the shooting itself, there were witness accounts. These have since been recorded and posted on YouTube and are now the central element of the QR code tourism feature that allows a visitor to hear the account while standing in approximately the same location as the witness.