A trash-busting concept is taking off that would use quick response codes to track down litterers.

A new idea that would use QR code take-out containers is gaining traction as this trash is becoming an increasingly problematic issue in littering.

A man living in Cavan, Ireland suggested the idea, and it has been taking off ever since.

According to Eugene Smith, from Laragh Community Alert in County Cavan, Ireland, said that the volunteers in his community that pick up litter have noticed a worsening trend in the amount of trash. Moreover, much of the trash that is appearing along the roadsides consists of food and beverage containers tossed from car windows.

Laragh’s observation has also been observed by the Irish Business Against Litter (IBAL) group. Last year, they reported an increase in litter of all forms. As outdoor socializing has been encouraged to avoid indoor gathering throughout the pandemic, the issue of tossing trash on the ground instead of finding an appropriate disposal receptacle has only grown.

As a result, the idea of using QR code take-out containers to track down litterers has growing appeal.

Smith explained that his group’s efforts removed more than a metric ton and a half of garbage in their parish over the last year. “This problem is becoming worse, and the fly-tipping is becoming worse,” he said.

He has proposed that restaurants should print a QR code that they can stick onto their packaging when food and beverages are purchased in disposable containers. Though scanning the barcodes wouldn’t reveal personal customer details, as that would raise data protection concerns, it could provide information about when and where the purchase was made. The goal is to be able to use restaurant records or even CCTV to track the order back to the customer.

In that way, the right authorities would be able to start finding the sources of the problem. “The environmental officer from the county council does have the power to prosecute people for dumping. They could scan that [QR code].”

Ultimately, the goal of the QR code take-out containers wouldn’t be to punish the people who litter – which would be the short-term result – but would be to deter the 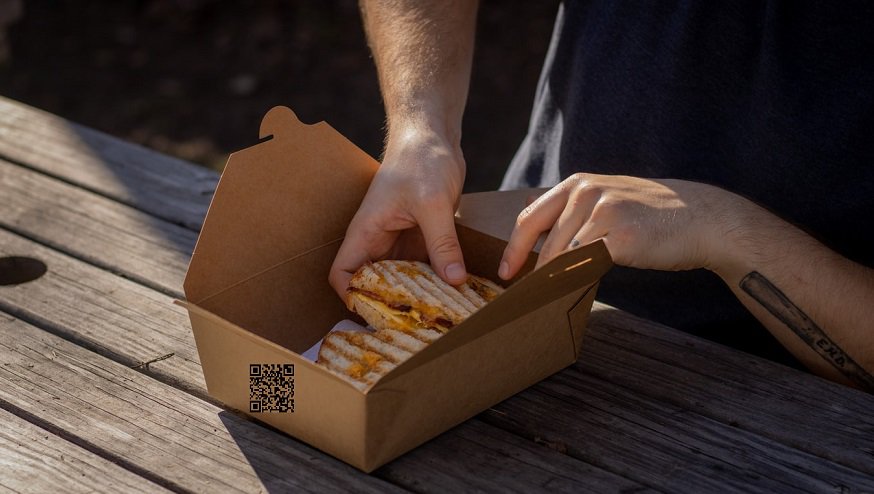 behaviors in the first place. The hope is that if people were to discover that their littering wasn’t being done anonymously, they might think twice before tossing that cup out the window. Though far from a flawless system, the hope is that it would be effective enough to make a difference.