Recent research reveals that consumers are not likely to scan QR codes with their phones.

A team of American researchers conducted a QR code study related to quick response (QR) codes on food packaging and whether or not consumers use them. The researchers learned that only 1% of the study participants used their phones to scan the QR code on a food label to learn more information about it.

QR codes are one of the methods used to provide consumers with more info on bioengineered food products.

Back in 2016, Congress passed the National Bioengineered Food Disclosure Standard. This is a federal mandate that requires manufacturers to label foods that have been bioengineered. This standard was past due to consumer demand.

The goal is to provide consumers with a fast and easy way to access and share information about how and why a product was bioengineered, as well as the impact this might have on the consumer or the environment.

QR codes were one of the methods that have been employed to put users in quick touch with this information as all they need to do is scan the code with their smartphone to learn more.

However, Professor Kent Messer and this team of researchers were curious to discover just how effective these codes are and whether other labeling technologies lead to different responses.

The QR code study was led by Kent Messer, the S. Hallock du Pont Professor of applied economics and director of the Center for Experimental and Applied Economics at the University of Delaware’s College of Agriculture and Natural Resources.

Only 1% of QR code study participants made the effort to scan the code on the food package with their phone.

Messer’s team recruited 417 research participants from the crowd of vacationers waiting for a ferry at the Cape May-Lewes Ferry terminal in Lewes, Delaware. Each of the participants was asked to make a purchase decision based on information provided about triploid oysters.

Triploid oysters have been bioengineered to contain an additional set of chromosomes so that they will grow larger.

The researchers analyzed whether consumers were willing to use the technology provided on the food labels to access more information about the product.

Participants were randomly assigned to different groups and each received varying details on the oysters. Some were provided with no additional information, printed information, a clickable link, or a QR code with or without a scanning device, reports the University of Delaware’s UDaily News.

The results revealed that 20% of consumers accessed the additional information when provided with a clickable web link. However, when they were offered a QR code, only 1% accessed the info with their phones. That being said, this percentage jumped to 50% when a QR scanning device was provided, which could be used instead of a mobile device.

“Consumers want to know what is in their food and this could be one way to offer them more information,” Messer said.

He then added that the QR code study “suggests that, despite consumer interest and demand for the new 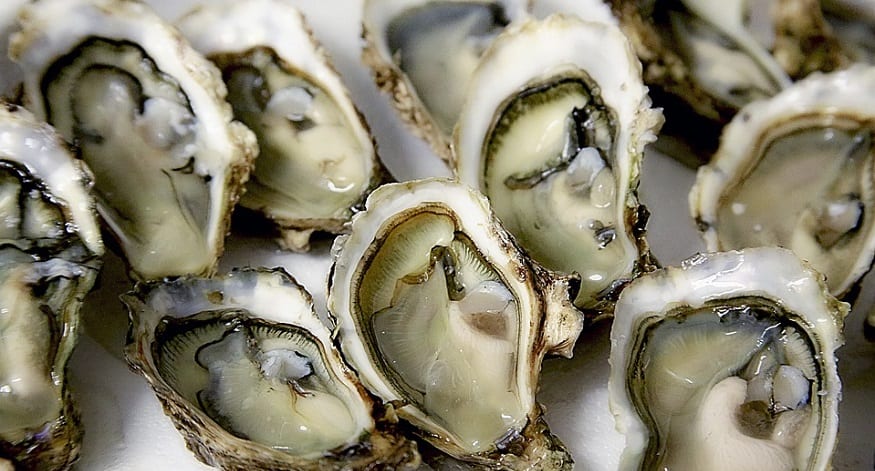 federal law, when consumers are offered information via QR codes, many of them may not access it on a regular basis, if at all.”