The quick response barcode created in 2013 was linked to a site since allowed to expire.

A cobblestone quick response barcode installed in front of Prague City Hall in 2013 has become a QR code RickRoll to the delight and confusion of tourists.

The expired domain was picked up by someone else who has decided to redirect to a prank.

The Mariánské náměstí entrance to Prague’s city hall building features a black and white paving stone barcode. It was installed in 2013 by municipal officials in order to appeal to tourists wielding smartphones. Scanning the barcode would launch a city guide on the device. However, while the barcode is indeed written in stone, the website to which it linked was far less permanent. At the time the barcode was launched, QR codes were considered to be quite the novelty. Many believed that they would rapidly become one of the fastest ways to share online information with the real world.

At some time in 2019, the URL with the city guide to which the barcode was linked was allowed to expire. The city was either unaware that this happened or deliberately allowed that domain to expire. That said, since that time, someone else picked up the site, turning the official barcode into a QR code RickRoll for anyone who scans.

The QR code RickRoll doesn’t appear to be a removal priority for the city, either online or from the cobblestones.

Though the QR code worked very well, the city guide was clunky and didn’t appeal to many of the visitors to the area. It required a cumbersome app download to use. Though it did offer a substantial amount of information, such as maps, a calendar of sports and cultural events, traffic cameras, Prague news, and contacts for City Hall and all the districts in the city, it was a hard sell.

After all, anyone who was able to scan the quick response barcode was already online. Since all the information in the city guide app was also easily available on the internet, there was no need to have to download the additional application and use that instead of a familiar browser-based search.

It is unclear whether the city plans to take any steps to remove the QR code RickRoll. The barcode-based prank redirecting to the Rick Astley video has already been in place for 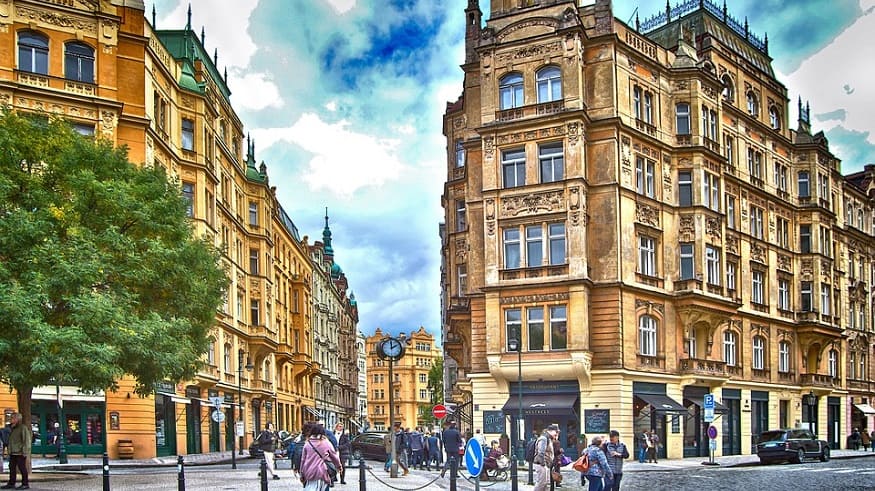 several months. It could be that the “Never Gonna Give You Up” video will achieve greater success than the city guide app ever did.