The joint QR code payment system will see Norwegian mobile payments app Vipps cooperate with Chinese mobile payment app Alipay to allow Vipps payment to be used outside Norway as well as open up the system for mobile payments by Chinese tourists visiting the nation.

Chinese tourism to Norway has soared since 2007.

Between 2007 and 2017, Chinese tourism to the Nordic country has climbed a whopping 575%, according to national development bank Innovation Norway. The most visited cities in the country include the nation’s capital Oslo and tourist hotspot Bergen.

To start, Vipps has rolled out the QR code payment system across 30 local businesses in Bergen. This city was reportedly chosen as the first for accepting Alipay payments in preparation for the Chinese New Year tourism peak season, which begins in February. Bergen, a city located on the west cost of Norway, is popular among Chinese tourists during both winter and summer.

“This deal makes it easier for Norwegian restaurants, shops, hotels and tourist destinations to reach the ever-increasing proportion of Chinese tourists to Norway. Through this collaboration, we also get important strategic opportunities together with Alipay,” said a Vipps spokesperson, reported Reuters.

Vipps isn’t the only app to be a part of the QR code payment system collaboration.

In addition to Vipps, Finland`s ePassi is also a part of the collaboration with Alipay. This mobile payment method is present in Finland, Sweden, Estonia and Spain.

At present, Vipps and ePassi serve a total of 129,000 European businesses. Meanwhile, Alipay is the most popular payments app in China, with an estimated 700 million users. While 30 businesses have already launched the service in Bergen, the QR code service is expected to be rolled out in earnest next year in more Nordic cities at businesses that accept Vipps or ePassi payments. 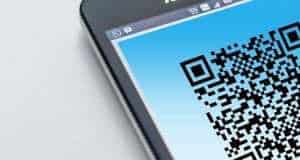 The QR code payment system partnership is expected to provide easier payment solutions to the app users when they travel and the hope is to extend this system to other European countries in the future.