As China progresses toward a cashless society, people begging for money won’t be limited to change.

A new way of accepting QR code money transfers will give new options to panhandlers in China. Individuals begging for change have found that as the country becomes increasingly cashless, fewer people have cash handy to give.

A growing number of people in China have been using mobile payments, reducing the cash they carry.

As a result panhandlers have found that people who would otherwise give them money don’t have any change handy to donate. To overcome this barrier, many people who beg to survive are accepting QR code money transfers. Often, this involves the use of a printed QR code worn in a plastic pouch on a lanyard around the individual’s neck.

In this way, if someone says they would like to help but they don’t have any change, the panhandler can offer an alternative form of mobile payment through a simple QR code scan. Though this used to be a relatively rare practice, it is becoming quite commonplace.

The QR code money transfer printouts are simple to produce and are extremely inexpensive. 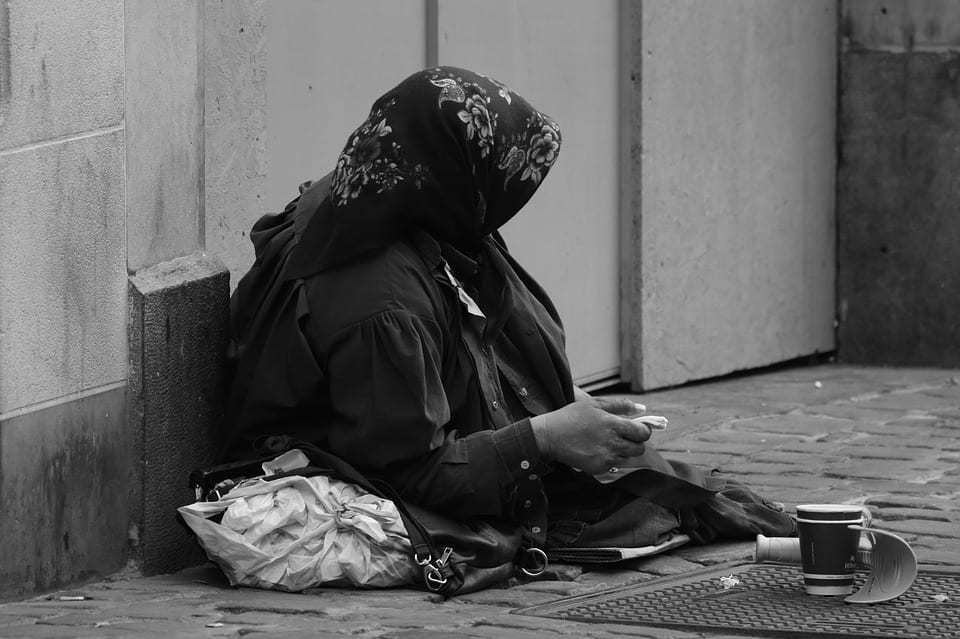 They are also very familiar to people in China and are used quite frequently. While many of the QR codes are obtained by the panhandlers, themselves, others are given to them as gifts from their families and friends. One case in Jinan, Shandong province illustrated just that, when a mentally ill man was given a QR code by his family, to receive mobile payments when he begs.

Aside from being worn on cards around the neck, quick response codes have also seen attached to cups held by individuals begging on the street.

As helpful as they may seem at the very basic level, panhandlers are able to benefit from them even further. They are partnering with nearby businesses who pay them to link their QR codes to advertisements passersby will view when they scan the codes. The more legitimate versions of the programs stop there. That said, there are claims that more dubious versions also capture the scanners’ WeChat ID details. This lets the panhandlers sell that data to small businesses which can then use them to send unsolicited ads.

Should this trend continue, it is unclear how long the QR code money transfers will remain beneficial in this way, as passersby will more than likely balk at scanning in order to protect their privacy.