Commuters will be able to use their smartphones to scan quick response codes to pay for trips.

A number of Shanghai metro stations have QR code metro pass codes to let riders scan to pay. These new mobile payments are meant to make it faster and more convenient for commuters to pay their fares.

The subway passengers are able to pay for their tickets by using either of two mobile payments services.

The two QR code metro fare services are Alipay and China UnionPay. Riders who use either of those two services can easily pay for their fares using the barcodes posted at the turnstiles in participating stations.

The mobile payments service will also be available at certain other specific commuter stations. For example, riders of the Pudong International Airport and the Longyang Road maglev train stations will also have access to the QR codes and will be able to scan to pay as well.

The QR code metro payment program requires the download of the Metro Daduhui app for use. 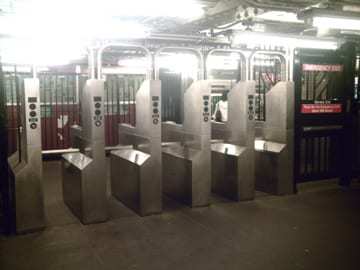 The Weibo Shanghai Rail Traffic Fan Club reported that users must download the Metro Daduhui mobile app. They will also need to connect either their China UnionPay or Alipay account with that application. The app includes a QR code reader that allows the rider to be able to scan the quick response codes as they head toward the turnstiles in the subway stations.

Alipay has revealed that the QR code payment service remains in its testing stage, but it will undergo its formal launch before October comes to an end.

This is not the first time either of the mobile payments services have launched QR code payments services. They have each previously rolled out programs in Hangzhou, Zhejiang Province as well as in other cities. This new QR code metro program will make it easier for both residents and tourists to be able to enter and exit the local public transit systems with greater ease and efficiency. This could help to reduce unnecessary delays and make for a smoother commute for both the regular and occasional subway riders in Shanghai.