The quick response barcodes help to share more about the deceased person, and who they were.

QR code gravestones have started popping up in Turkey, where a project is becoming increasingly popular to help commemorate those who have died.

The same barcodes on menus and printed bills are now also providing a link to multimedia remembrances.

Just as a pandemic affected world has seen the return of these barcodes to help people to complete more activities in a contactless way, new strategies are being developed to use them in other ways as well. The barcodes are highly appealing as they are extremely inexpensive to generate and they can be scanned by virtually any smartphone camera.

In Turkey, customers can even purchase QR code gravestones, which places a barcode on the headstone or grave marker of someone who has died. This project is underway in Turkey’s southern Antalya province.

The new QR code gravestones project in Turkey was started by Mehmet Çetin.

That said, despite the popularity elsewhere, the barcodes didn’t catch on with customers with his Turkish grave marker production business. That said, when the pandemic made QR codes more popular again, Çetin saw this fresh opportunity and started offering the barcodes on the grave markers once again.

His product involves adding a small barcode printed on the gravestone, allowing visitors to the site to scan the code with a smartphone and view what the deceased person’s loved ones shared among their memories.

“We install whatever people want. Some ask for personal information, others upload videos and photos, or prayers they want to be recited by visitors. You only need a smartphone app for access to codes,” explained Çetin. 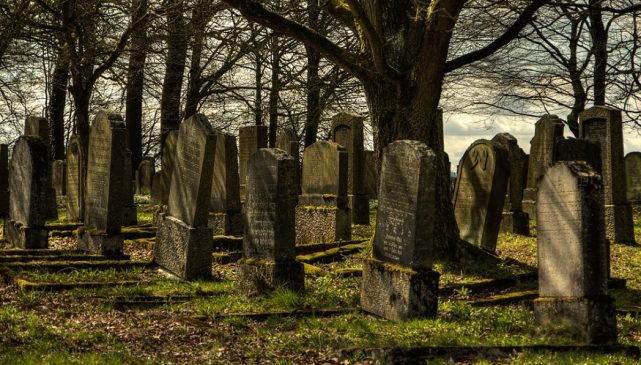 Among the types of memories often shared through the QR code gravestones include prayers, videos, pictures, prayers, poems, stories and more. According to Çetin, the barcodes have become so popular that he is only just keeping up with the new demand.