Our barcode investigators looked at the evidence and found that many promotions are falling flat.

A QR code can be a powerful tool for reaching consumers in a simple, convenient and highly cost effective way – providing that this mobile barcode is used properly. However, all too many campaigns are giving quick response codes a bad name by using them incorrectly.

Consumers don’t ask for much when it comes to campaigns based on barcodes.

Primarily, they are looking for the answer to “what’s in it for me?” in order to make them scan in the first place, and then the QR code just has to live up to what it promises. For instance, if a brand has offered a coupon, the scan should give the consumer exactly that. Unfortunately, the investigations by our detectives, this week discovered that these barcodes are making promises that they’re not keeping.

Check out the following three QR Code fails that were found in a recent issue of Sunset magazine.

Three advertisers who used QRcodes within the pages recognized the potential that a barcode had to offer in their magazine ads. Have a look at how they stood up to our 5-star rating that ranks a barcode based campaign on: uniqueness and trendiness; ease of scanning; ease of mobile use on landing page; social media usage; marketing value; and the ability to actually live up to its promise. 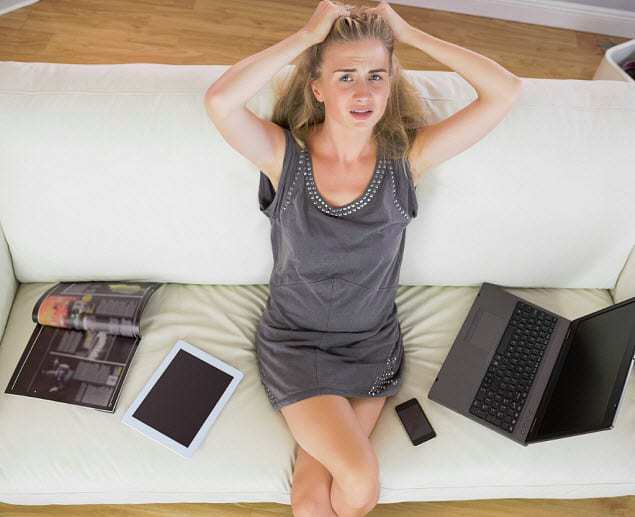 Belgard Hardscapes: This barcode offered an idea book to consumers who scan the barcode. This is a highly appealing opportunity for a customer thinking of landscaping a property. Unfortunately, scanning brought the mobile device user to a site that was not mobile optimized and instead of sending them directly to the sign-up page for the book. This campaign edged on a unique opportunity but the scan, itself, made the consumer have to work to obtain the promised idea book.  A simple tweak to bring the consumer to a mobile-friendly landing page with a direct sign-up form for the promised book would have made all the difference.  Had this been supported by hardscaping images or videos to take advantage of the multimedia marketing opportunity over mobile, it could have greatly improved the entire experience.

Discover Morro Bay: This destination location in California is hosting an exciting contest. Their ad featured a QR code that one would expect would lead the consumer directly to a location where they could participate. It is likely that this type of barcode would draw a large number of scans due to the high appeal of the suggested outcome. Unfortunately, while a scan did call up a mobile friendly website, no information about the contest or place to enter could be found. While the idea was unique and easy to use, the barcode fell through by not living up to its promise.

Wallbeds: This company that sells products also known as Murphy beds offered an attractive ad with the instruction to “Scan here to see this Wallbed”. While one would assume that this would provide the scanner with more information about the specific product in the advertisement, this was not the case. The barcode resolved to a non-mobile friendly website that did not direct the consumer to the bed in the ad. An image, description, and even video of the way that the specific product folds up into the wall would have gone a long way.

Aside from the faulty QR code campaigns, our detectives did find that Sunset magazine proved itself to be mobile friendly in another way, which was in its use of Blippar (which uses an image in place of a barcode), with scannable items that lead to a range of different features and media, such as a 360 degree view of a room that shows various decorating ideas, as well as how-to books, video tips, recipe videos, “Blipp to shop”, and more. Pretty cool!