Our investigators have spotted a number of quick response codes on vehicles, this week.

As marketers continue to add a QR code to their various marketing materials, they are discovering that there are some places that are more effective than others in terms of generating useful scans, and this week our investigators have looked into the growing number of barcodes that are displayed on vehicles.

It appears as though businesses of all size are adding quick response codes to cars and bus ads.

While it doesn’t really cost anything to add a QR code to an ad, it is important to recognize that space within an advertisement is limited and if a barcode is added to it, then it is important to make sure that it is worth the real estate. Among the types of ads that marketers appear to love in terms of adding quick response codes are those that appear on the sides and backs of moving vehicles.

While a QR code may be quick and easy to scan, this can become challenging when it can drive off. 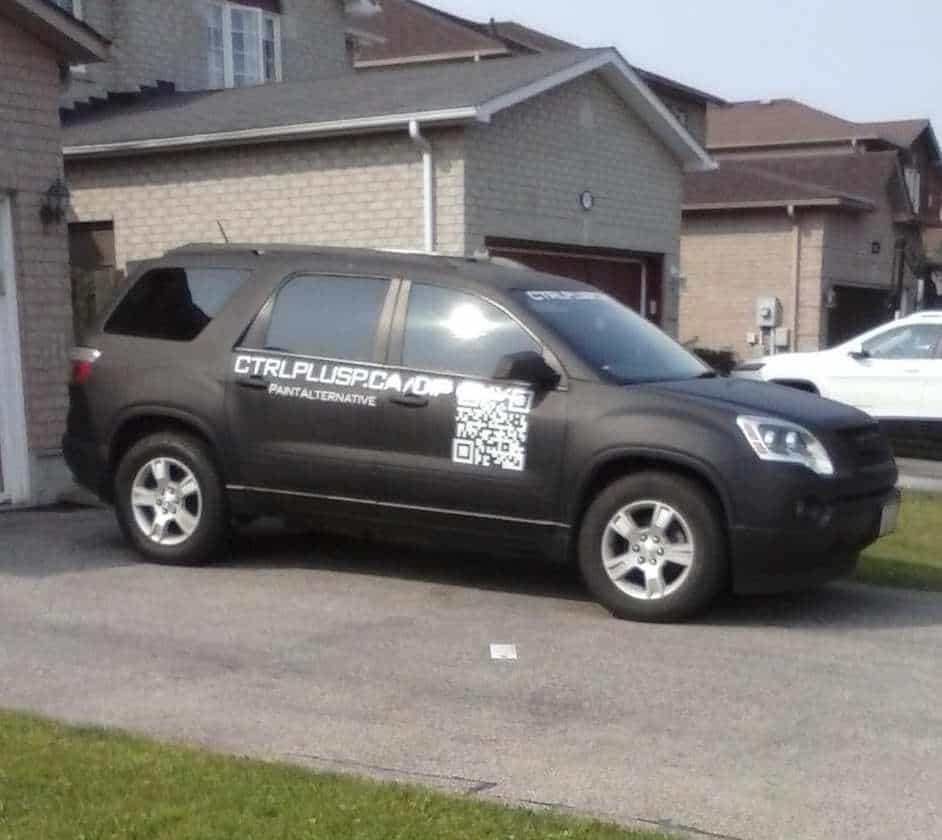 The following are three examples of QRcodes that have been spotted by our investigators and that have caused struggles for mobile device users who may have wanted to scan them:

CtrlPlusP – An SUV was spotted, parked in a residential driveway and that featured a barcode on its passenger door, along with a small business URL and the words “Paint Alternative”. Unfortunately, this was all that was provided in the ad. For individuals who were curious enough, and who happened to be walking by the vehicle when it was parked in a situation like this (with nothing next to it to block to barcode or make it impossible to back up enough to scan it with a smartphone), and who scanned, the scan directed them to a website that was not mobile optimized. It was simply a description of a type of dip for vehicles that is used instead of paint. No additional offer or incentive to use the site was provided. It wasn’t even clear if the SUV had been treated with the product.

Mercedes-Benz – A quick response code was spotted on an ad on the side of a public transit bus, accompanied by the words “scan this. You’ll be happy you did.” This certainly provided incentive, and scanning led to the Facebook page of one of the automaker’s dealerships. From there, it gave no greater incentive to interact with the page. Moreover, while the barcode was clear and easy to scan, this was only possible when the bus had come to a complete stop. This meant that the odds were that the only people who could scan were people standing at the bus stop…and who were likely to get on the bus as opposed to waiting to take out their mobile devices to scan the ad on the side.

Subway – The back of a car wrapped in Subway advertising was spotted with a small QR code at the top left of its rear window. It was accompanied by the words “Subway Delivers. Scan me for lunch delivery”. The barcode did lead to a mobile friendly experience that would allow food to be ordered for delivery. Unfortunately, due to the size of both the barcode and the instructions to scan it, it could be used only by people who were driving behind the vehicle quite closely (and who were hopefully focused on the road and not the use of a smartphone) or by someone in a parking lot or other location where they may have spotted the car. The odds are, in those circumstances, people would not be ready to make a meal delivery order, because they are not in a place in which they could either comfortably and safely create their order or actually receive it once it has been delivered.