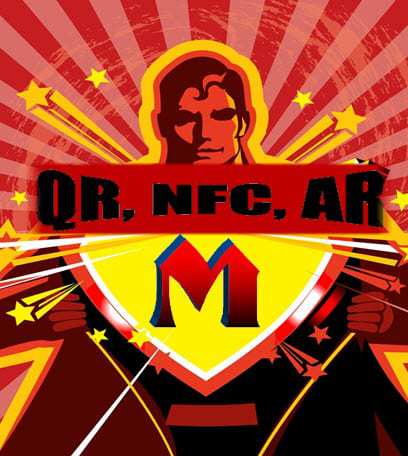 Mobile technology has come a long way, growing more advanced and capable in dealing with everyday routines as time passes. QR codes, NFC and augmented reality technology are three of the most promising technologies to emerge from the mobile industry. Each has been used for a myriad of purposes ranging from marketing to entertainment and information distribution, and have been shown to synergize well when used together. Companies, and consumers, often favor one of these technologies over the other, however, claiming their superiority based upon arbitrary value. This practice belies the how well the technologies complement one another, leading many companies to miss out on unique opportunities for interactive promotion.

Set up in a vacant storefront, the display features a QR code embedded with an NFC tag in its center. Passersby can either scan the code or interact with the NFC tag to initiate an AR, multi-page police report, at the end of which users could decide whether to solve the crime or not. The storefront was also equipped with touch screen technology that allowed users to browse through police files.

So far, Pearl Media says that over four thousand unique interactions have been registered by the system since the promotion launched earlier this month.