The latest stats have shown that Froyo finally kicked the bucket in January, so that Gingerbread is now the oldest.

Gingerbread is now the oldest among the Android versions still active. This change occurred in January 2017 when Froyo breathed its last breath, according to official Google statistics.

The latest Google stats pretty much confirmed what many had been predicted, with a few little surprises.

The latest data released about the various Android versions didn’t shock too many people when they revealed that Gingerbread is now the oldest active form of the operating system. That said, there were still a few little points buried in the figures that came with their own small surprises.

Android Lollipop has held its place at the top of the list for the most commonly used version of the Google mobile operating system. Lollipop 5.0 holds 9.8 percent of the distribution figures, while 5.1 has a notably larger 23.1 percent. Among all versions together, Lollipop holds onto 32.9 percent, which is a very small drop of 0.5 percent when compared to the month before.

Marshmallow is moving quickly to take in some of the numbers previously belonging to other Android versions. 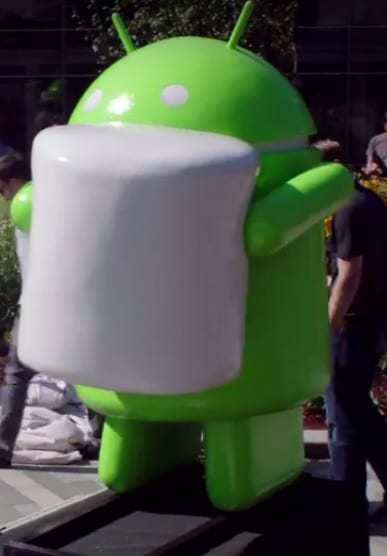 Google’s statistics gave Marshmallow 30.7 percent. Should the trend established over the last three months continue in the same direction and at the same rate, Marshmallow will have taken over the leadership from Lollipop at some point in April.

Also interesting is that Android Nougat took hold of more than 1 percent for the first time in last month’s Google data. This was because version 7.0 took hold of 0.9 percent, while version 7.1 grabbed 0.3 percent. The new 1.2 percent total is a record high for the latest mobile operating system from the company.

All the older versions of Android experienced various rates of decline in January when compared to the month before, except for Gingerbread. All versions dropped by between 0.1 percent and 0.7 percent. That said, Gingerbread was able to hang on to a consistent 1.0 percent.

It will be interesting to see if the trends among the Android versions continue and if Marshmallow is able to take over the top spot as soon as predicted.