Mobile gaming is becoming a significant focus for Nintendo

Nintendo is becoming more involved in the mobile gaming space, which signifies a dramatic turn from the company’s focus in previous years. Before last year, Nintendo had been quite adamant in its decision to avoid mobile gaming. Now, however, the company is beginning to focus quite heavily on mobile games. Nintendo is even working with other game developers to produce new titles for mobile devices. The company is currently working with DeNA, a successful mobile game developer, and plans to launch new mobile titles within the coming months.

Nintendo’s first new mobile game will be called Miitomo and will serve as a type of social gaming platform for Nintendo fans. The company has been relatively quiet concerning its future mobile gaming titles, but it is expected to unveil new information concerning these games in the coming months. The company plans to feature some of its prominent and most popular characters in these games, but has not divulged any information concerning what games these will be or what role its characters will play in the mobile games.

Mobile is having a major impact on the overall game industry 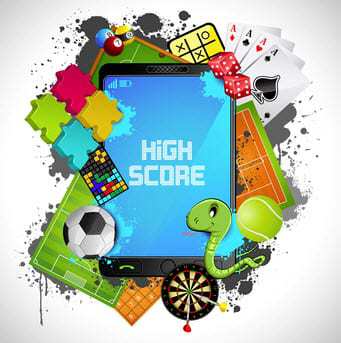 Mobile gaming is becoming a powerful force within the overall game industry, especially considering the economic success associated with the most popular mobile games. The financial prospects of the mobile gaming space have influenced developers throughout the world to focus more heavily on the mobile sector. Nintendo, in particular, predicts that it will see a significant increase in revenue by focusing on mobile gaming, which may influence the company’s future involvement in the mobile space.

Nintendo has plans for its profits to reach $855 million, which is four times higher than what the company saw in 2015. Mobile gaming is likely to contribute heavily to the company’s efforts to attain this goal. Consumers have shown that they are willing to spend significant amounts of money on mobile games, and Nintendo is not blind to this fact. The company is not, however, planning to focus specifically on the mobile gaming space, as it still has a major stake in the traditional game industry.