The new application is designed to reduce the need for physical contact while keeping track of public interactions.

The long-awaited NHS contact tracing app has finally been unveiled for people in England and Wales to download. The goal is to use easy QR code scans to help keep on top of where exposures have occurred.

This is the second version of the app, the first of which was originally tested on the Isle of Wight.

Since the original test in May, the NHS contact tracing app has undergone two substantial changes. The first is an entirely new underpinning, based on a framework that Apple and Google collaborated to develop together. This allows the application to function in a “decentralized” way. As a result, very little data about the movements of a given individual is shared with the NHS.

The second major change is a new functionality for check-ins. The goal for this function is to help contact tracers to help identify the source of clusters. The application does this by asking users to check-in at venues such as restaurants, pubs, hairdressers and other locations. In this way, in the event of a positive test, the app can determine who else may have been exposed in the event of a super-spreader.

The digital check-ins with the NHS contact tracing app are not mandatory but simply use QR code scans.

Venues must already keep up a paper log for people who won’t check in using the application. However, when people do use the app for checking in, it’s as simple as opening the app and scanning a venue’s QR code. Venues will be provided with their own unique QR barcode. They must simply print them out and display them in an obvious location near the entrance.

This is just one more way in which the QR code is having an entirely new moment in the sunlight as a result of the pandemic. Restaurants around the world – including in Disney World – are using these barcodes instead of paper menus to help keep shared resources to a minimum. Mobile payments based on these barcodes are also taking off as people look for new convenient ways to avoid using cash.

Though QR codes were struggling to see any mainstream adoption among consumers – despite their initial popularity among businesses and marketers – the need for more contactless opportunities greatly changed the situation. The NHS contact tracing app is 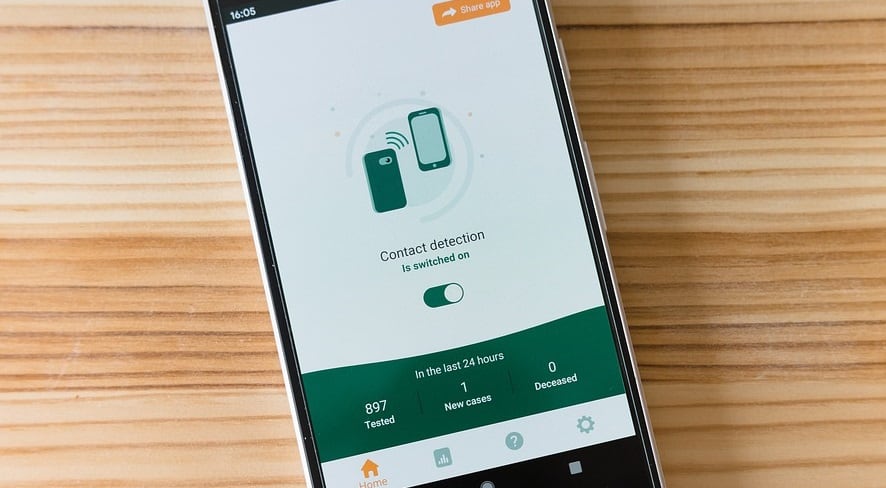 far from the first one to use these barcodes. In fact, China has implemented a much larger and more complex system using the codes, too.