New research from MasterCard has predicted that over the upcoming 12 months there will be a significant shift.

MasterCard has now released the results of a new research study in which it determined that NFC mobile payments will be used by one quarter of all Brits throughout the next twelve months.

This will represent a considerable increase in the trend toward the use of mobile wallets in the U.K.

At the moment, MasterCard’s figures show that the current rate of use of NFC mobile payments within this market is at about one in every twenty people. Those individuals are currently using their near field communication based mobile wallets approximately once per week or more. The payment giant explained that “Now with more mobile handsets enabled for contactless payments, reservations are beginning to disappear and, in fact, as many as 13% of British consumers have no reservations at all.” 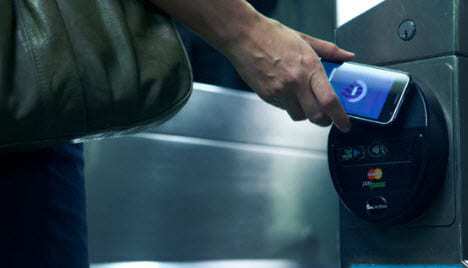 Among those who took part in the survey from which this data was obtained, 65 percent expressed that their main concern about using a mobile wallet is that their device will be lost or stolen and that the wrong person will get their hands on the financial data. They are afraid that the device can be used to then purchase things with the owner’s money.

That said, the MasterCard UK and Ireland head of digital payments, Elliott Goldenberg, explained that “We have built the secure foundations for these payments across our network.” He added that “You can load your MasterCard onto your device through Android Pay, confident in the knowledge that it gives you all the benefits and consumer protection of a card transaction.”

Goldenberg pointed out that the research conducted by MasterCard indicates that one in every three people in the U.K. plan to link their credit cards to their devices for that precise secure NFC mobile payments reason. He said that as consumers continue to discover the broad spectrum of benefits that can come with using this type of mobile technology based service for purchasing products and services while in-store, growth is taking off at a rate that has not been seen before.