Rumor has it that the next Apple smartphone camera will allow for three dimensional selfies.

The next iPhone camera could come with a unique 3D sensor in its front-facing camera. This, according to Ming-Chi Kuo, a top Apple analyst from KGI Securities. The analyst has been notably accurate about iPhone technology predictions in the past.

This would require a significant overhaul to the current front-facing camera which has more traditional features.

The new iPhone camera would also be able to enable iris recognition and facial recognition. The 3D sensors would open a whole new range of opportunities for applications and features in the device. According to Kuo, Apple is well ahead of the competition when it comes to three dimensional algorithms. This includes Android, Google’s mobile operating system.

As is Apple’s tradition when it comes to talking about upcoming, unreleased technology, the company chose to remain silent regarding the mobile tech we’d see in the brand’s future.

That said, JPMorgan has also released a forecast stating that the next iPhone camera will have a 3D scanner. 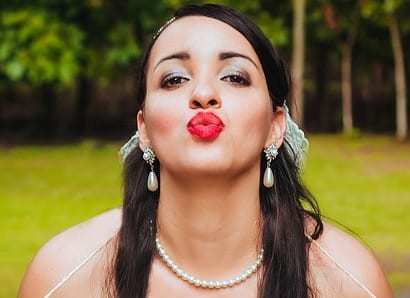 That firm has stated that the next iPhones will come with a 3D scanner as a part of its front0facing camera. That would make it possible for biometric scans to be conducted. At the same time, it would eliminate the need for a home button.

Loup Ventures’ Gene Munster released a prediction that said Apple is probably working on three dimensional technology as a part of a broader augmented reality platform.

The current most recent models, the iPhone 7 and the iPhone 7 Plus, have powerful features built into them that would align well with the augmented reality or virtual reality experience. For instance, the new “portrait” software mode for the camera and the dual lenses each contribute their own potential components to AR and VR.

Whatever angle Apple takes with its new iPhone camera technology, it is sure that the world will be watching the next time it has one of its massively popular events.