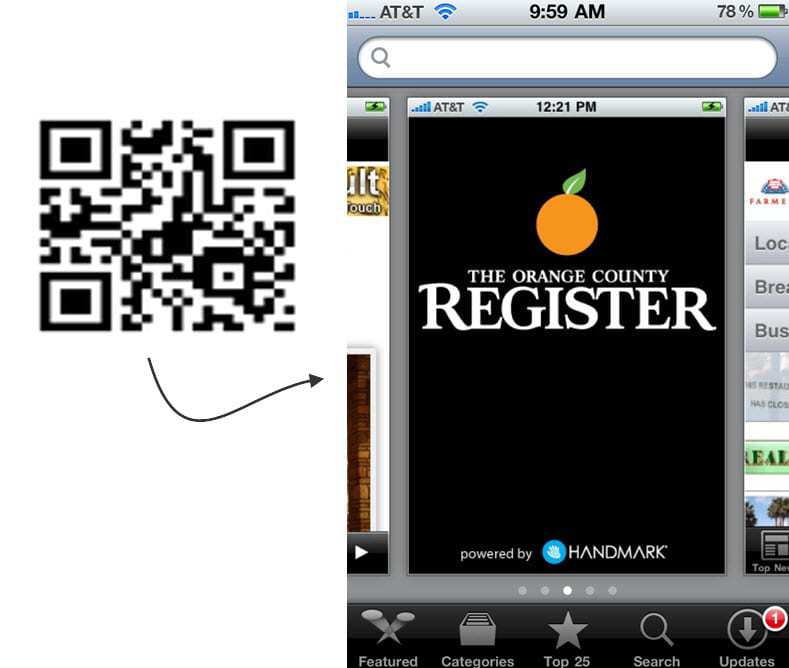 The Orange County Register has begun including QR codes in issues of their newspaper. The codes are being used to offer readers more dynamic experience. An increasing number of publications have begun using the codes to bridge the gap between offline and online media. Newspapers in particular have been offering exclusive video content, letting readers watch interviews of commentaries without interrupting their reading experience.

Print media has been struggling to find a foothold with an audience that has become increasingly dependent on technology. The public now has access to all the news coverage they could possibly handle online for free. Now, more than ever before, print media is beginning to be seen as more of an inconvenience rather than a valuable resource. The use of QR codes has somewhat revitalized print.

The codes were originally designed to keep track of inventory but were later adopted by marketers as a way to dynamically engage consumers. As their use spread globally, more organizations began using the codes for more than just advertising. The codes can be scanned with smart phones that are equipped with barcode scanning applications.

The OC Register has been using the codes intermittently in the past and the response has been favorable. The newspaper is likely to use the codes more prolifically in the future.

With QR codes becoming more and more popular, the only challenge that remains is educating the public on how to use them.