Consumers will be able to use their mobile devices to pay subway fares, eventually

The New York Metropolitan Transportation Authority has announced plans to embrace mobile payments in the future, allowing city residents to use their smartphones to pay for rides on the city’s subway network. The organization plans to install mobile systems throughout the subway network in order to accommodate the growing demand for mobile commerce. These systems will not be available any time soon, however, as the agency plans to fully embrace mobile commerce by 2021.

Mobile payments has already found its way to taxi cab throughout New York City. Several taxi companies have opted to embrace mobile transactions as a way to better serve consumers, as many people are beginning to rely more heavily on their smartphones in their daily lives. Embracing mobile commerce is not inexpensive, however, and the costs associated with mobile systems can slow the adoption of mobile payments. According to the Metropolitan Transportation Authority, the full cost of designing and implementing a new mobile payment system in the city’s subway network would exceed $10 million 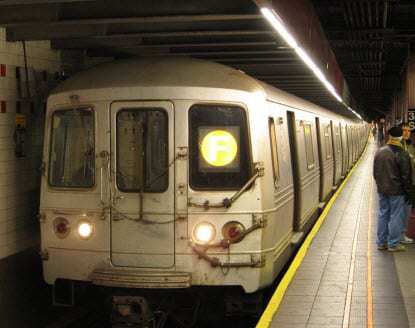 The agency is currently seeking bids from companies involved in the mobile commerce space. The agency is looking to provide contracts to the company that is able to provide the most convenient and capable service. Companies interested in this endeavor will have to be able to design, furnish, install, test, and implement account-based fare payment and collection systems based on existing standards in the financial industry. If successful, companies will be part of the first mobile payments initiative to come to New York’s subway network.

While New York is showing more interest in mobile commerce, the United Kingdom has already made it possible for consumers to use their mobile devices to pay for public transit services. In London, consumers have been able to use payment services, such as Apple Pay, to pay fares for buses, trams, and the city’s subway network.