The “Chameleon” sneakers are controlled by a smartphone app which allows for animated or static designs.

People who absolutely love footwear and are hooked on tech will be excited about the latest in wearable technology that brings the two together in shoes that can be changed through the use of a mobile app.

These footwear wearables are from ShiftWear and use a flexible e-ink color display on the side of sneakers.

This wearable technology makes it possible to change the color and pattern of the footwear by selecting it through a mobile app. They are designed to make it possible for the wearer to switch up their look so that their footwear will always match whatever comes out of their wardrobe. Wearers can choose different colors and patterns but they can also select from a range of animations to be displayed on their shoes. For people who like to switch things up more regularly or who are feeling indecisive, it means that the look of their shoes can change as often as they want, without having to bring another pair with them.

ShiftWear wearable technology uses e-paper displays in color to make it very easy to switch up the look. 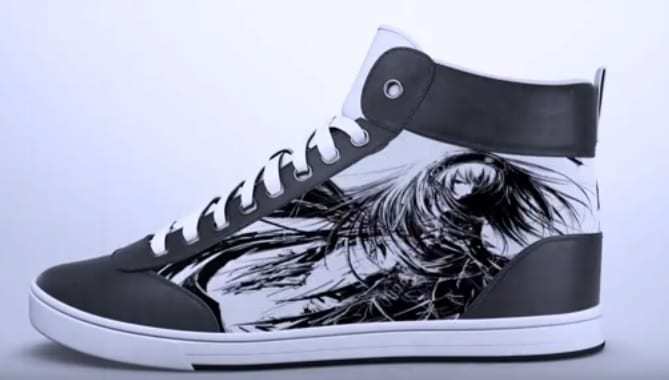 There is more than one model of these wearables, with the color e-paper allowing for pattern and color changes at a lower price than the version that allows for illustrated animated designs. The designer behind the shoes is New York based David Coelho. At the moment, these shoes are limited to an Indigogo campaign, but the goal is to bring in enough crowdfunding in order to turn the prototype into an actual line of footwear that can be sold.

The shoes will be available in low, medium and high tops. They will include the e-ink technology that is commonly seen in e-readers like the original Kindle from Amazon. That said, this version of the tech comes with color, unlike the original e-reading devices.

The wearable technology shoes come with a mobile app that makes it possible for wearers to synch their footwear to their smartphones in order to choose the designs they want to wear at that moment.