The Kapersky scanner application has been designed to add another layer of protection for smartphone users.

As QR codes have become commonplace in advertising, packaging, and a number of other uses, they have attracted the attention of people who would use them for malicious purposes, as seems to be the case of virtually every other kind of technology that is increasing in use.

The struggle presented by quick response codes is that scanning takes the user to an unidentified URL.

The traditional scanning app for QR codes doesn’t reveal the destination URL, which means that these barcodes could easily contain malicious links and there would be no way for the device user to know that without having already scanned the barcode and potentially activated whatever was lurking inside. While these malware containing quick response codes have not yet become widespread, the current barcode use environment is setting up for a potential mobile security disaster.

For this reason, a new scanning app has been created with the goal of making QR codes safer to scan. 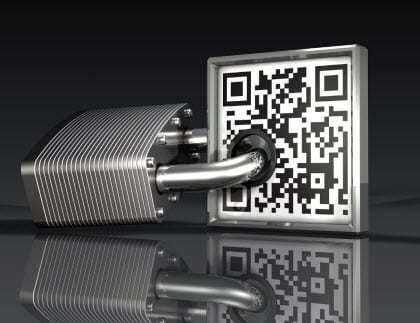 The Kapersky QR Scanner and the Norton Snap are two mobile apps that have been designed to allow smartphone users to be able to scan a QRcode whenever he or she would like, without having to worry about what could potentially be hiding on the other side.

This is beneficial to the user because these barcodes are being used for a growing number of purposes, and avoiding them altogether could cause certain opportunities and conveniences to be missed from advertising, in public transportation, on websites, and in stores and restaurants. Even the popular WhatsApp is now using quick response codes to allow users to instantly link their accounts to each other, instead of having to add friends manually – which can be tricky over mobile.

Consumers are now looking to mobile apps such as Kapersky QR Scanner as well as the Norton Snap, among others, so that they can still enjoy QR codes without threatening the mobile security of their smartphones. This type of application could help the barcode technology to overcome one of its primary barriers to survival.