Naver, the leading web portal operator in South Korea, has plans to launch its own mobile payments service in June of this year. The company has seen a great deal of promise in the mobile space, with this perspective coming from its subsidiary Line, a leading messaging service based in Japan. Naver notes that 30% of keyword searchers have to do with shopping, and many of these searches are coming from mobile devices.

The new service will be called Naver Pay, and will allow users to purchase products online using their smartphones. Naver Pay will also be compatible with conventional computers. Users will have to link their financial information to the service before they can use it to make a purchase. The platform will not be storing any financial information and will be using a type of tokenization to keep this information safe during a transaction. Credit card numbers, for instance, will have virtual numbers associated with them, making transactions more secure. 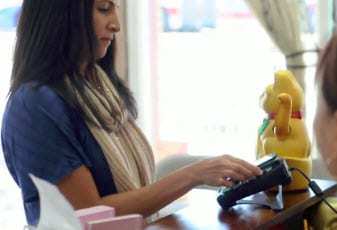 Naver is likely to compete with other large companies that have come to establish a dominant position in the mobile payments space. Relatively few of these companies have a presence in the South Korean mobile commerce market, however, which could be a boon for Naver. The company may also be basing its approach to mobile on the experience of Line. Recently, Line entered into the mobile payments space with its own service, called Line Pay. The service has become somewhat popular with consumers, many of whom make use of the vastly popular Line messaging application.

Naver to focus its efforts on South Korea

Though Line is a subsidiary of Naver, the two payment services will be separate from one another. Naver is likely to focus its efforts on keeping South Korean consumers content with its services, offering features that would be well received among these consumers. Mobile payments are growing in popularity, but many consumers are still concerned about the security of many platforms and services, so they tend to avoid mobile commerce in general.