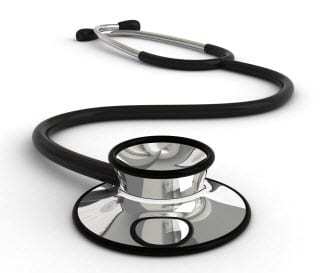 QR codes have seen limited use from the medical community, typically filling a marketing role or used to track patient information. Researchers from the Medical University of Vienna in Austria and the Vienna University of Technology want to change that, however, and have been working of creating a QR code system that could be a major benefit to the medical world. The research team has fashioned what they call a “medical safety code” (MSC), which is a QR code that contains important information concerning a patient.

The MSC was created in an effort to help patients avoid some of the adverse effects associated with certain medications. Each code contains the pharmacogenomic data of a particular patient, which can be easily accessed through the use of a smart phone or tablet. This information can help patients and health care professionals keep track of medications and warn of potential conflicts that could arise from introducing a new medication into a regimen. The MSC also contains information concerning a patient’s genetics, and whether or not medications will cause problems based on a person’s genetic make-up.

Researchers note that genetic testing is becoming more affordable for a wide range of people. Some firms have begun offering extensive testing for less than $300. Genetic testing could be a major benefit for those concerned with their health and anyone interested in understanding what health risks they may experience in the future. Genetic information can also have a major impact on what medications are most effective for a particular person, as two people with the same illness may not respond to the same treatment due to biological factors.

There may be security concerns with the MSC

An MSC could be invaluable in the realm of drug trials. The genetic information associated with an MSC could provide valuable insight into the impact of certain medications while health care professionals are testing them. Such information can lead to better medications in the future. Researchers do note that the MSC enables decision support regarding  health care without the consultation of a centralized health care database, which may arouse strong public opposition due to privacy concerns. Another issue lies in the fact that the MSC gives patients full control over their genetic information. This unmitigated access also puts this information at risk of theft if not guarded.