Ever since the first announcement of the existence of the Moto 360 smartwatch, which will be released this year and will be based on the new wearable technology operating system from Google called Android Wear, the rumor mill has been churning.

Now, it is believed that the price of the mobile device may have been revealed.

The Moto 360 smartwatch and the LG G Watch were both announced back in March, very shortly after Google revealed its wearables operating system. That said, since that initial teaser about the device, very little else has been said. There have been some short videos and some brief device sightings, but any other details have been difficult to obtain.

The price and availability of the smartwatch have become some of the most frequently asked questions surrounding it. 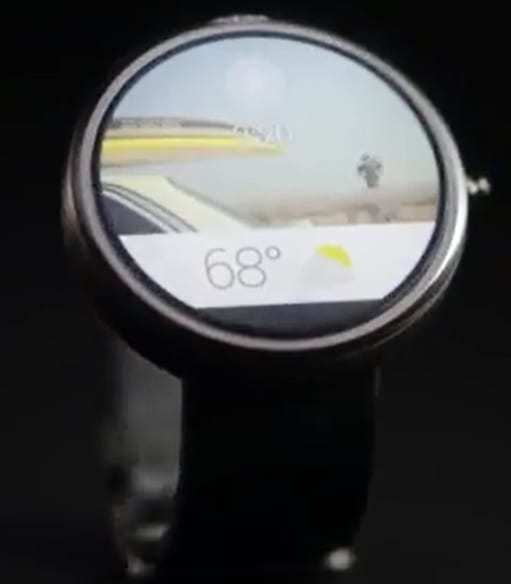 People have been intrigued by the teaser and are trying very hard to know how much it will cost them to buy one, and when that will happen. The majority of reports have said little more than it should be expected this summer. One online retailer even went so far as to release a price for which the Moto 360 would be sold in the United States and the United Kingdom.

That retailer was an online seller called MobileFun, that posted an official pre-order page for the wearable technology. Though it didn’t actually state the release date, it did quote the retail price of £199.99 in the U.K., which translates to $336 in U.S. currency. That said, the prices in the two countries are typically quite unalike, so it isn’t known whether the figure based on the exchange would actually be the amount for which it would be sold in the United States. Equally, though, the Mobile Fun American website listed the mobile device for $279.

Since that time, both of the pages for that smartwatch have been edited, with the price having been removed and replaced with “TBC”. While those figures are far from official and Motorola has yet to make any mention of price, this has caused many people to begin expecting this price tag – or one similar – for the device.