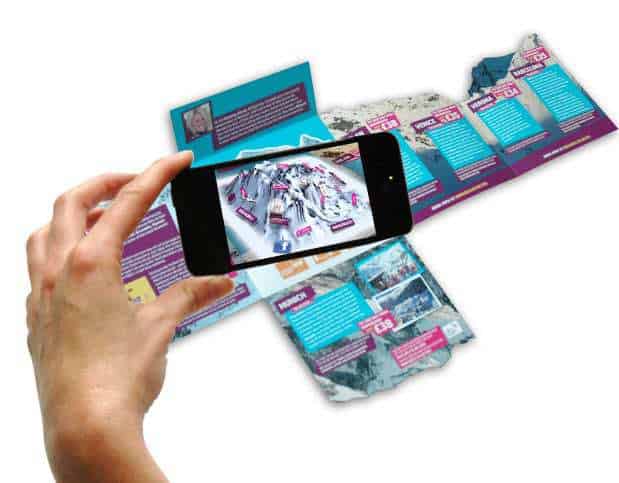 Augmented reality marketing is beginning to gain momentum with many companies all over the world. The prospective benefits of using the technology to reach out to a new generation of consumer have become too promising to ignore. As such, companies like Monarch Airlines are working on incorporating the technology into marketing campaigns that many consumers have already shown interest in participating in. The company’s augmented reality marketing campaign has been developed by advertising agency WDMP.

Using the Blippar mobile application, which is available for both iOS and Android platforms for free, consumers will be able to experience the digital content associated with the campaign. They will be able to explore 3D environments, such as mountainous regions and acclaimed resort destinations around the world. Consumers will also be able to see Olympian skier Chemmy Alcott navigate snowy slopes. The augmented reality marketing campaign has been designed to target some 55,000 snow sports enthusiasts.

Monarch Airlines is not the first company in the world to make use of augmented reality in advertising and will not likely be the last. The company is following in the footsteps of others in its industry and hopes to find favor with consumers who occupy a specific niche in the market. As such, the augmented reality marketing campaign has been designed to appeal specifically to the snow sports demographic as a way to promote resort destinations and the airline’s services.