In a campaign as fun as the device, itself, this new portable power bank has exploded into the device market.

As the average person depends on their smartphones, tablets, laptops, wearable technology, and other mobile devices on an increasing basis for everyday vital activities ranging from communication to entertainment, an external battery charger has become a vital part of the on-the-go outfit.

Mogix has now gone live with its own external smartphone battery and is rapidly rising to the top of the category.

The release of the Mogix external battery charger was not simply a matter of adding another average product to the shelves. This sleek, slim, portable power bank was launched by the company’s spokes-dog, Mogix, who knows that people need more from their device batteries than what they currently provide. This technology-savvy pooch is turning up in virtual spaces all over the world, keeping consumers up to date with the company’s latest news, campaigns, offers, and deals. As a fashion forward, furry mascot, he also provides regular posts on the Mogix Facebook page.

The Mogix external battery charger has just as much bite as bark, with one of the fastest recharge rates. 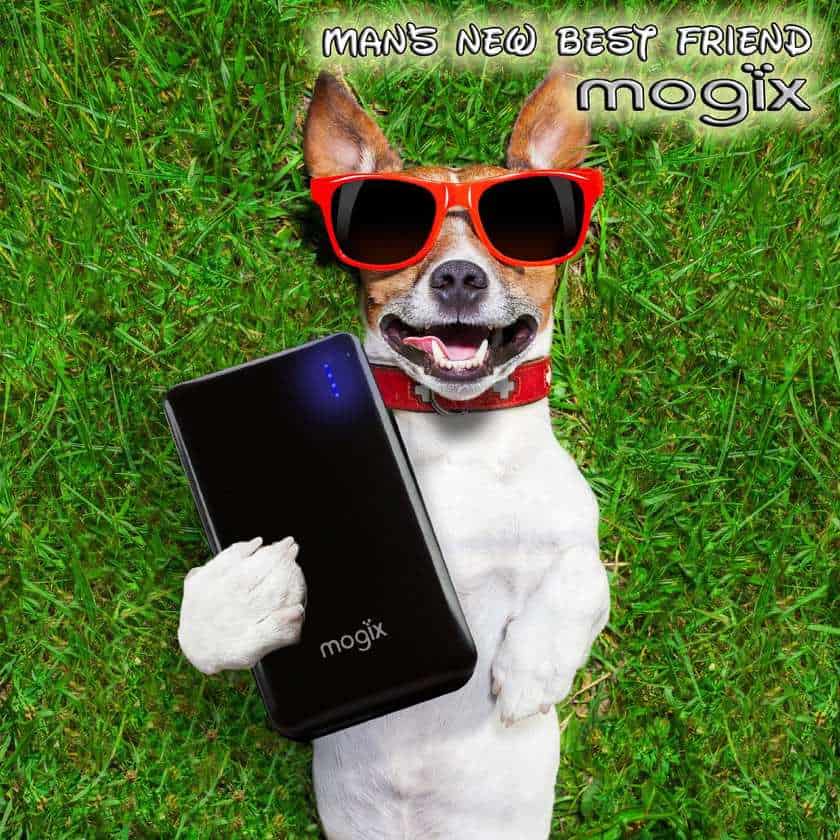 Available on Amazon and compatible with virtually any mobile device, such as all smartphones and tablets, as well as Google Glass, GoPro cameras, and even vapor cigarettes, for that matter, this portable backup power bank offers a tremendous 10,000mAH of juice, which makes it ideal for everyday use and for travelers.

This smartphone battery pack connects to the device’s USB cord and provides one of the fastest recharge rates currently available on the market. The product is lightweight, highly affordable and attractive. Two mobile devices can be charged simultaneously through two output ports that have been rated at 2.1A and 2.5A.

This gadget helps to make the best possible use of its power, with an indicator light to show how much power is left in the unit, a safety shut off that helps to prevent accidental drainage in case it is knocked around during daily life, and even a high tech microchip that extends the life of the device overall, for hundreds of recharging cycles and for protection against overcharging.

According to Mogix the spokes-dog, this is the ideal external battery charger for people on the go. After all, how else could he keep his smartphone charged regardless of whether he is on one of his many travels to locations around the world, or visits to the dog park where social networking – such as his regular Facebook posts – is a must?