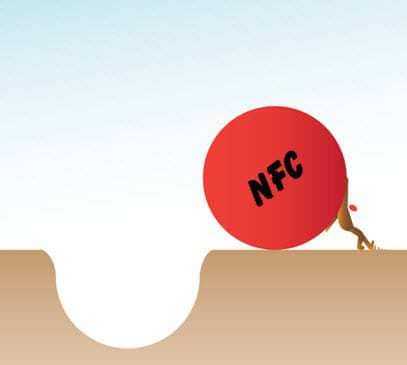 Smartphone payments are increasing in popularity but far more sluggishly than many predicted.

Though mobile wallets have been greatly hyped and have remained at the head of m-commerce news since the very first idea was conceived, the fact of the matter that very few people actually have them and that businesses outfitted to accept these payments aren’t finding that customers are interested in using this option.

Salt Lake City was meant to be one of the centers that launched this technology.

It is one of two cities that have been selected by Google and other large players for the initial use of their mobile wallets. However, even the busiest participating retailers are finding that people don’t want to use their smartphones instead of plastic or cash.

The owner of the popular Salt Lake City based Mini’s Cupcakes, Leslie Fiet, has had a device installed in her shop for the last eight months. This should have allowed her customers to pay for their sweet treats using their smartphones. Despite the fact that Fiet has made it clear that the option is available, there hasn’t been a single customer that has yet to try it. She explained that “Nobody really has a mobile wallet.”

The experience at the sweets shop is far from unique. The merchants, banks, and other participants in the overall mobile wallets industry have found that while there are many possible advantages to these programs, there are also a number of hurdles in the way of the widespread adoption of smartphone payments.

Still, the players in this sector have invested heavily into its creation and development and are continuing to drive forward, full-tilt, in the hopes that their multi-billion dollar bet will pay off. Even the largest and oldest runners in this race continue to struggle to come up with a standard that will appeal enough to consumers that they will take part.

Google Inc., for example, was the first massive mobile wallets effort to make it to the actual marketplace, however even they have made only the tiniest fragment of a dent into what had been expected to be a giant market. Merchants and consumers are struggling to figure out what all of the different options mean and how they can be used, as well as whether or not this relatively untested technology is truly as secure as it has been claimed to be by those running the services.