While a new name has not been chosen for the service, it is on its way in coming months.

The mobile wallet joint venture that is backed by Verizon, T-Mobile, and AT&T will soon be receiving a new name, as Isis is being rebranded now that an Islamic militant group has been labeled with the same name.

The goal is to place a greater distance against the group responsible for violence against civilians in Iraq and Syria.

The ISIS militant group has been linked to considerable sectarian violence against government forces and civilians, alike, in Iraq and Syria. As the mobile wallet had initially been branded under the name of “Isis”, there has now been an announcement that a rebranding will occur in order to step away from any possible link between the mobile payments service and the violent group.

The name of the mobile wallet and the militant group is a complete coincidence, but it remains an undesirable one. 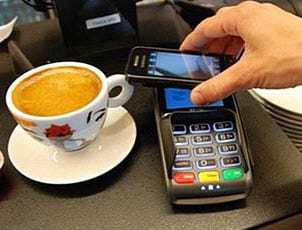 The mobile payments service has recognized that despite the fact that this is merely a coincidence, it is certainly not a pleasant one when it comes to public perception and association, nor is it helpful in terms of their search engine optimization (SEO) marketing strategies. As of yet, the company has not yet come up with a replacement name, but in its announcement, it did state that it would be introducing its new brand within “coming months”.

The platform, which has already been struggling for consumer adoption, includes a free wallet app for both Android and iOS based devices. It is designed to give consumers the opportunity to pay for purchases at a point of sale (POS) through the use of their smartphones. This works through the NFC technology built into some Android smartphones or through the use of “Isis Ready” NFC cases that are designed for iPhones that don’t have the tech built in.

At the moment, the mobile wallet supports a small handful of different credit cards, such as American Express (which is also an investor in this service) and Amex Serve, as well as Chase, and Wells Fargo.