The joint venture smartphone payments service is working to distance itself from violent military group of the same name.

The Isis mobile wallet application that is the result of a joint venture effort among three of the biggest wireless carrier companies in the United States has now announced that it is changing the name of the brand and the app to Softcard.

This change is being made after a terrorist group – completely unrelated to the service – was nicknamed ISIS.

The Isis mobile wallet is a brand that was created by Verizon Communications, T-Mobile US, and AT&T. The announcement of the changing of its name occurred on the brand’s official website, after having initially stated about two months ago that it would be looking into a new name for the mobile app in order to distance itself from the terrorism in the Middle East.

This change will put an end to the shared name between the mobile wallet and the Islamic State extremist group. 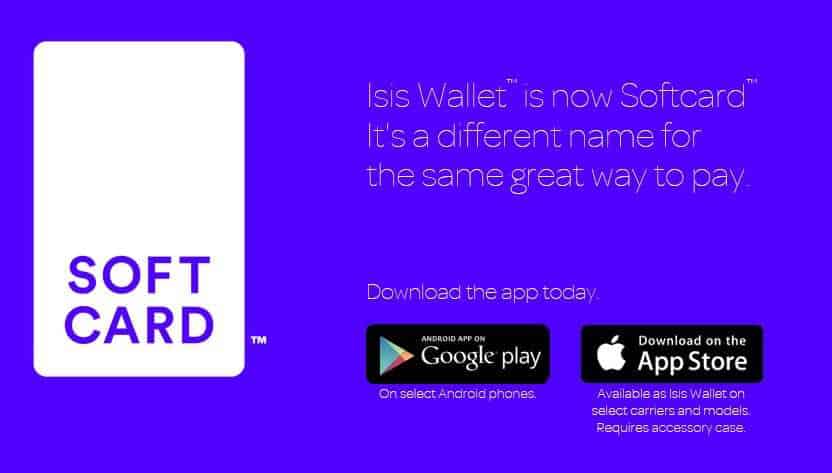 It is more than clear why the mobile payments service would want to keep its brand as far away from that group, which has already caused thousands upon thousands of deaths throughout Syria and Iraq, including the executions of journalists from the United States.

The mobile app, on the other hand, is designed to allow its users to be able to securely store their credit and debit card data on their smartphones so that those devices can be used in place of the plastic cards, when making purchases in stores. Through this service, simply tapping an NFC technology enabled smartphone against a reader device can complete the transaction.

The terrorist group is an al-Qaeda splinter group which was first formed in April 2013, well after the mobile wallet app had been named. Much of the English speaking media nicknamed the terrorist group ISIS, as an acronym for Islamic State of Iraq and Syria. That said, the United Nations, U.S. President Barack Obama, and Bloomberg news call the group by a different name, which is the Islamic State in Iraq and the Levant (shortened to ISIL). It is unfortunate for the mobile app brand that this second name did not take off universally in the media, as this would have avoided the issue, altogether.