With a growing database of about 100 loyalty cards, this application could turn current systems on their heads.

There is no doubt that loyalty cards and their associated programs are a key marketing tool used by merchants in order to ensure repeat business and obtain vital analytics data, but their plastic cards produce a disadvantage within the customer experience; one that may now be overcome through a mobile wallet app called SmartWallet.

While loyalty programs mean to benefit both consumers and merchants, their popularity comes with a drawback.

In a QR Code Press email interview with SmartWallet cofounder Jaime Goldman, he explained that the concept of this mobile wallet app was based on his own struggle with the loyalty card experience. “I cofounded SmartWallet with my father a couple years ago after being frustrated by having too many loyalty cards to conveniently store in my wallet.” Since then, the idea grew to become a Toronto, Canada-based company that is “focused on creating digital versions of loyalty programs for scanning at point-of-sale.” 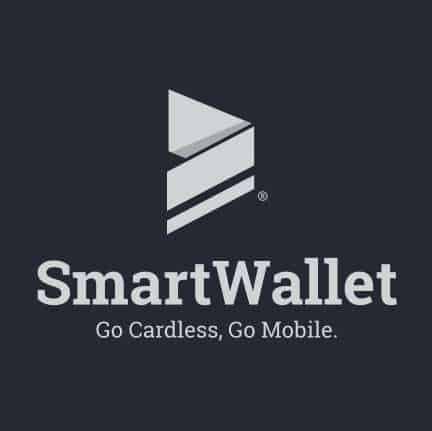 At the moment, the SmartWallet database includes about 100 different popular loyalty programs, including Air Miles, Shoppers’ Drug Mart Optimum, Chapters/Indigo Plum Rewards, Aeroplan, and many more. Moreover, Mr. Goldman stated that “We are constantly working on expanding our merchant base and offering more digital loyalty programs.”

The SmartWallet mobile app also caters to small- and medium-sized merchants, by offering them their own branded and customizable loyalty programs. “This allows merchants to build relationships with their customers and reward them for repeat purchases,” said Goldman. These customizable programs come in the form of a digital “punch card” that can be carried in the smartphone wallet.

A set number of punches are established for each virtual card. When the customer has earned a punch for the card, secure QR codes are scanned and the punch is completed automatically. Once the card is full, the customer is offered a reward which can then be redeemed. Information about these services is detailed on the company’s Facebook page, as well as on the official SmartWallet website.

At the moment, the SmartWallet mobile wallet app is available only for iPhone users. However, according to Mr. Goldman, there is an Android version of the application that will be launched in 4 to 6 weeks. He also alluded to “several features in our development pipeline that allow merchants to direct reach and engage with their customers,” that will follow closely on the heels of this new digital product.