As consumers continue to rely more heavily on their devices as they shop, retailers have a growing opportunity.

A new report is following the trend of shrinking mobile user acquisition costs as a result of the growing popularity of m-commerce. Shoppers are working their smartphones into the shopping experience to an increasing degree, opening the door to a swath of opportunities for retailers to engage them.

The report was published by Liftoff, a mobile app marketing provider. It examined 26.9 billion mobile ad impression costs from April 2016 through April 2017 throughout 4.8 million app installs.

The findings determined that mobile user acquisition costs are on their way down. It found that September was the hottest for acquiring new shoppers. This was explained by the approaching holiday shopping season. During that month, the average acquisition rate was $62.65 per consumer. This represented an average rate that was 28.2 percent cheaper than it had been during the same month in 2015.

The report also said that the mobile user acquisition costs are following on the whole. 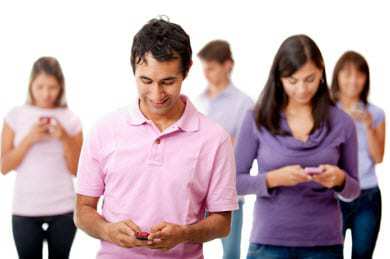 As consumers continue to become increasingly comfortable with mobile commerce, the report said that it will also become less expensive to acquire them. Geographically, it found that the most engaged mobile shoppers were in North America.

The market in North America has achieved significant maturity as shoppers use their mobile devices as a part of their overall purchasing strategy. They research products, store locations, read reviews and compare prices, among other activities. These activities may be conducted virtually anywhere, including in-store.

That said, it has also led to a fiercely competitive marketplace as the North American rate of install-to-registration is only 4 percent. This suggests that app marketers must be more educated and strategic in terms of their approach to engaging consumers, said the report. After all, North American mobile device users are those least likely to register of all the various geographies considered within the report. Still, they remain the consumers that are more than twice as likely to take the steps that lead to an actual purchase.