The company has finally made the step into the smaller screen channels and has rolled out in-app themes.

Tumblr, the Yahoo owned social media company, has recently announced its mobile technology news as it has now given a user the ability to customize the design of their blog, no matter what device they happen to be using.

This ability to customize includes the use of its own native Android and iOS apps.

This is a very important mobile technology news announcement, as it has rounded out the company’s entry into the channel. When Tumblr took its first steps onto smartphones and tablets, it did so by removing many of the additional features that are available when using the service over laptops and desktops computer. Primary among them was the hacking away of the beloved themes, using only a single design available throughout its app. 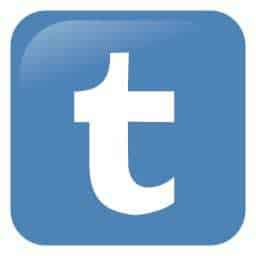 The default mobile app theme wasn’t unappealing, in itself, but it didn’t give as much opportunity for users to customize their blogs. According to Peter Vidani, the creative director at Tumblr, the default theme was essentially “bare”. Now, some of the broad range of theme capabilities and options have been brought directly into the native app for the service, helping to make the mobile experience more comparable to that to which laptop and desktop users have become accustomed.

Vidani explained that despite the fact that they did indeed have a mobile presence, they came to realize that their mobile app was “missing a big piece of what we like about Tumblr: We could have a website and have a unique home for us on Web. This is just a continuation of something we believed in from the start.” These features that can be customized within the app are referred to as the “mobile identity.

Many are now considering this mobile technology news the official entry of Tumblr into the smartphone and tablet sphere, after having been moving only around the edge of it until now. This should help the company to feel better established in this channel, instead of perpetually having the sense that they are trying to catch up.