The recent Google I/O conference contained a massive number of exciting announcements to hit the mobile technology world, but among the largest was certainly the discovery that there are now more than 1 billion Android device users.

This announcement took many aback, even amongst all of the new product and service unveilings.

The Google I/O saw a number of new products and services being announced, which drew considerable attention to the company, which is clearly branching out into new areas of the mobile technology industry – including in cars – and in areas that it had previously all but abandoned – such as television – but it was the number of active users on the Android operating system that truly drew the greatest amount of attention.

This mobile technology news has now broken all records for the number of active users by one operating system. 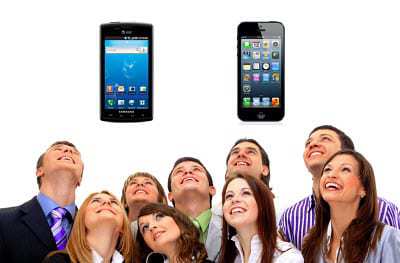 Sundar Pichai, the senior vice president for Android and Chrome at Google, made the announcement that even as smartphone and tablet growth appears to be slowing in many large markets, the number of new daily activations that are being experienced by the operating system continues to climb at a staggering rate. As a result of this, the global community of Android users that are actively using their devices has crossed that tremendous 1 billion mark and is showing no signs of stopping at any time soon.

The growth in many areas in the use of smartphones and tablets in a number of regions has only helped to increase the number of active users on that platform. Android mobile technology users are currently sending over 20 billion text messages on a daily basis, and are taking 93 million daily selfies. The smartphones on this platform are checked about 100 billion times per day. While this is all good news for Google, it appears as though it will only continue to increase as wearables devices based on Android Wear start to be released later this year.