Apple is holding onto the second spot among American smartphone owning consumers.

According to new mobile technology news data that has been released by Counterpoint Research, Samsung is still managing to hold the lead position in the American market.

This, according to the information that has been collected regarding the number of smartphone shipments.

The report showed that during the second quarter of 2014, Samsung was able to take 36.1 percent of smartphone shipments in the United States. Slightly behind, in second place, was Apple, which held onto 29.7 percent of the cell phone shipments during that same period of time. When compared to 2013, the figure for Samsung was 33.9 percent and for Apple was 25.9 percent.

Clearly, the mobile technology market share is growing for both companies, but the gap remains similar. 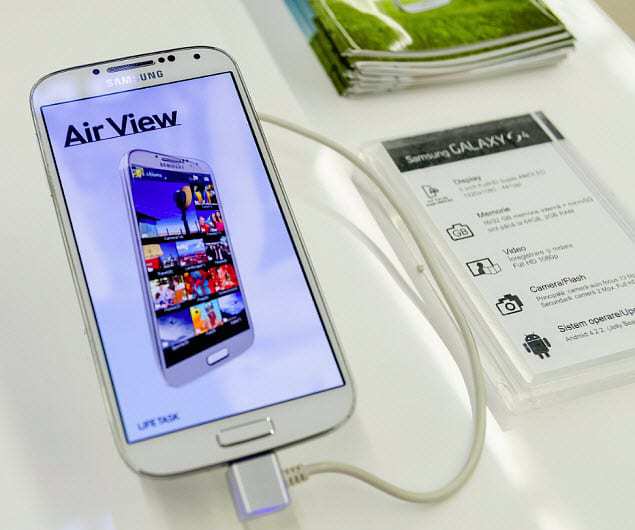 It didn’t come as much of a surprise that Samsung and Apple were still able to hold the two leading spots of the smartphone market. Counterpoint said that when added together, these companies managed to take in almost two thirds of the American marketplace for cell phones during the last quarter.

Equally, when it comes to plans for the future and working to hold onto – or further increase – the market share, both Samsung and Apple are also believed to have their own new mobile devices up their sleeves. It is greatly expected that both companies will be announcing new smartphones in September, which will be released well before 2014 comes to an end.

The belief is that Apple will be unveiling an iPhone 6 device, while Samsung will finally bring out the Galaxy Prime. Both of these devices have been the focus of considerable rumors in the technology news arena for some time now. Considering the time expected for their announcements and their actual releases, it looks as though they will be battling directly against each other throughout the holiday shopping season, this year.

This will be an important mobile technology battle for both companies, but especially for Samsung, which is working to recover its failing demand when it comes to its flagship smartphones, as was announced in a recent statement from the company. During the same quarter, LG took the third place spot, with a share of 11 percent.