Contraband devices are becoming rampant in jails, so blocking tech could render them useless.

Mobile technology to stop cell phone signals from functioning within prisons are likely to be announced by the justice secretary very soon, as contraband devices become a growing problem within their walls.

Nearly 2000 contraband cell phones have already been discovered within the jails.

In Scotland, the justice secretary has announced that the response to this common problem in jails will be to implement the mobile technology needed to stop those gadgets from accessing cell signals. The announcement of the proposal was made by Kenny MacAskill during a visit that was made to Her Majesty’s Prison (HMP) Shotts. These signal blocking devices will be brought into HMP Shotts and HMP Glenochil on a trial basis.

The goal would be to use the mobile technology to block wireless signals in these prisons and more in the future. 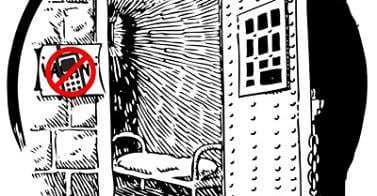 The Scottish Government has already introduced the legislation that would allow the heads of the prisons to be able to use these signal blockers.

It is not permitted for inmates in Scottish prisons to use personal mobile devices. The reason is that there have been contraband gadgets found to be used for a number of different criminal purposes from inside the jails, including the harassment of victims, the progression of organized crime, and the coordination of activities in gangs.

During his speech, MacAskill explained that “This Government made it a criminal offence for a prisoner to possess a mobile phone and the Scottish Prison Service has already invested considerably in the use of technology and intelligence capability to detect and prevent the use of mobile phones in our prisons.”

He went on to state that the implementation of this new legislation would make it possible for the Scottish Prison Service (SPS) to be able to broaden their capability of stopping the disruption of the use of mobile devices by inmates – a banned activity – and this effort is scheduled to become effective within the next few weeks. This mobile technology will help to considerably improve the system over the “Prison Watch” program which depends on members of the public to report suspicious activities near the prisons.