New research has found that both smartphone and tablet users are shopping more on their devices.

While desktop continues to be the leading shopping choice for consumers, tablet commerce and smartphone shopping has taken off in Germany. A healthy and rapidly growing number of mobile device users are looking to those gadgets when they need to make a purchase.

This, according to recent m-commerce and t-commerce research released by Mintel.

Mintel’s mobile and tablet commerce research found that 29 percnet of Germans aged 16 and older had used their smartphones to shop within the 12 months that ended in June. This was a sizeable increase over the 23 percent who said the same thing in June 2016. This annual survey also pointed out that tablet users had been using their own gadgets for more shopping. This was illustrated through the 20 percent of users who said they’d used t-commerce within the previous year. In 2016, that figure had been only 12 percent, revealing a notable growth.

These new mobile and tablet commerce figures are in line with a similar study by eMarketer. 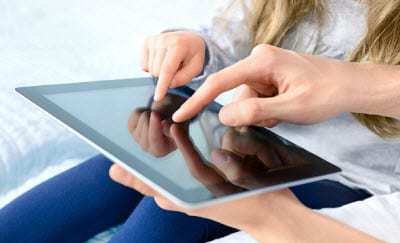 eMarketer’s surveys and research estimated that around 40 percent of Germans aged 14 and older would be m-commerce shoppers by the close of 2017. Moreover, that firm also predicted that around 30 percent of them would be looking to their tablets to do their shopping. These rates were each a solid increase over the figures from last year.

Still, despite the rapid and healthy growth trend in mobile shopping, there continues to be a long road to travel before laptop and desktop computers are surpassed. Those larger screen devices are the easy favorite for shoppers in Germany. The Mintel research found that 86 percnet of internet users had shopped online on their desktops or laptops during the prior 12 months. This was actually an increase over the 74 percent from the 2016 study.

On the whole, Mintel determined that 93 of their survey respondents had been online consumers during the 12 months prior to the survey, regardless of whether they used mobile, tablet commerce or a desktop or laptop. Interestingly, among respondents aged 55 and older, 90 percent had made an online purchase during that time.