The results of a recent study have shown that employee devices bring with them a considerable risk.

The growing popularity of bring your own device (BYOD) programs in workplaces is creating a great deal of accessibility and convenience for workers in a very affordable way for employers, but is equally increasing the mobile security risk exposures for those businesses.

The details regarding the spike in threats to companies was detailed in a report based on a recent survey.

The problem is primarily based on the issue that workers are using their devices to access sensitive data at work, but they are not adequately protecting those gadgets through proper mobile security software and practices. While it would seem as though this protection should be a top priority for companies, this is rarely the case, said the survey by Absolute software.

This reveals that companies are turning their own employees into their greatest mobile security hazards. 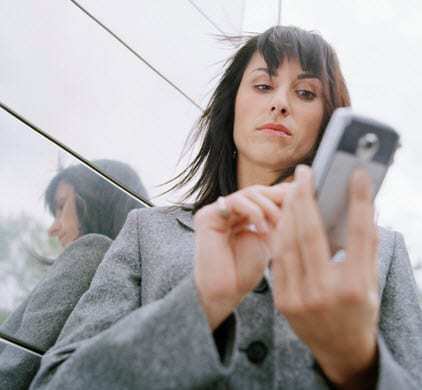 The Absolute Software survey was conducted at the end of last year and their report on the data has now been published. It showed that among the 750 American employees who took part in the research and who use their mobile devices for work purposes, there were a number of unsettling practices that were also occurring.

For example, the survey showed that nearly one quarter of those workers didn’t know whether or not their employers actually have a policy regarding with the way that a lost smartphone should be handled. Moreover, while nearly one in every six respondents considered their personal data to be exceptionally valuable, none of these participants placed the same importance on their work data.

Furthermore, over one in every three respondents who had previously lost a work device said that there were no consequences laid against them as a result. What was even more shocking was that almost three out of every five who had previously lost one of those smartphones claimed that they had not made any changes to their mobile security habits as a result of the experience. It is clear that if improvements are to be made, they will need to be driven by the employers.