As virtually every exec around the world is now armed with a smartphone and with the growing number of data breaches making headlines, CEOs are starting to recognize that mobile security is a very important topic for them to consider.

The saturation point of the ownership of mobile devices is creating threats that could potentially be detrimental.

What a recent study published by CNBC International showed was that execs aren’t unaware of this mobile security risk. In fact, 91 percent of the respondents to the annual survey called Mobile Elite, each of which were global execs, said that they had smartphones or tablets with a regular access to news and business content and news, among other things. The survey takes into consideration the responses of execs from across the United States, Europe and Asia.

While these devices are used for a range of different tasks, mobile security threats are not going unnoticed. 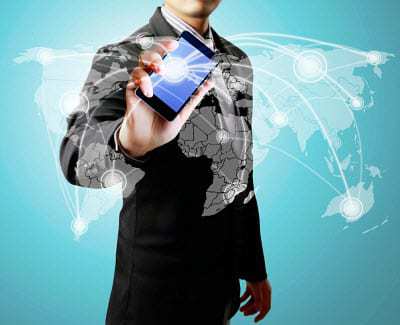 According to the CNBC director of research, EMEA, Mike Jeanes, as mobile devices reach a penetration rate that is higher than ever before, a trend has now formed among business executives who are developing increasingly connected lifestyles. “With a slowdown in hardware innovation in 2015, the survey suggests that global executives are unlocking the potential of their technology to be more connected, more of the time. We could be witnessing the start of the next mobile renaissance,” he said.

There are many different sectors that have been and will continue to be affected by mobile technology. Among them are health and fitness, fashion and travel. However, retail and payment systems are starting to increase their roles as well. Execs do appear to be looking for alternative payment methods that come with speed and efficiency. Among them, 74 percent said they feel that digital wallets such as Apple Pay are the future of digital shopping.

That said, mobile security remains a main concern and barrier in some areas of adoption as data breaches become increasingly commonplace and are highly publicized. This has caused business executives and CEOs to become “extremely concerned” about such security threats. Among the respondents, 82 percent said mobile data privacy and security is a concern.