The announcement stated that the product allows for faster scanning for malware and data backup.

Trend Micro has just announced the launch of its Mobile Security 3.0, which provides protection for Android devices and will extend its coverage to Facebook, provide users with data backup over the secure cloud at Trend Micro, and gives its users speedier malware scanning.

The company explained that the upgrade is in response to the rising and evolving threats over Android.

According to the Trend Micro regional director of digital marketing and consumer business, Terrence Tang, “Android threats have grown exponentially over the past 12-18 months, and we have now uncovered over 350,000 unique Android malware available in app stores and websites across the globe, including the Google Play Store.”

The firm estimates that the mobile security threats will only continue to become more prevalent.

Tang explained that “We are estimating that by the end of 2013, there will be at least one million malicious and high-risk Android apps in the wild.” The company stated that users should become aware of – a 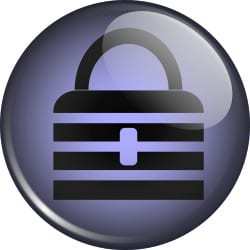 Facebook, for instance, has 680 million users who access its platform using smartphones and tablets, from among the 1.06 billion monthly active users. Without added mobile security protection, those individuals could be placing their personal data at risk of being accessed by unauthorized third parties.

Consumer Reports stated that over one third of all Facebook users are either completely unaware of what their privacy settings are, don’t ever change them, or are sharing everything that they post with everyone, which considerably increases their online and mobile security violation risk. In order to help to address this issue, Trend Micro’s new mobile security product includes Facebook protection from within its free app.

The mobile security app will scan the Facebook settings of the user and will provide suggestions regarding ways in which they can better protect themselves while using the social networking site. It has also provided an option that gives users the ability to monitor and control their settings on Facebook in a single click.