This according to a release made by BlackBerry, the update is also going to be released for its BBM software.

BlackBerry Ltd. has announced its intentions to release mobile security updates that will protect iOS and Android devices so that the Heartbleed program vulnerabilities will be addressed.

At first, experts had advised companies to focus on protecting their websites.

Now, it looks as though the threats also extend to the tech that is used within data centers and on gadgets and devices that operate on the android operating system as well as iOS. This makes it a very important mobile security issue. Now, the senior vice president of BlackBerry, Scott Totzke has explained that while his company’s products don’t use software that are vulnerable to Heartbleed, it did need to update two very popular products that operate on products using other operating systems: BBM and Secure Work Space.

Now, this mobile security issue will be overcome with a patch that the company will be releasing. 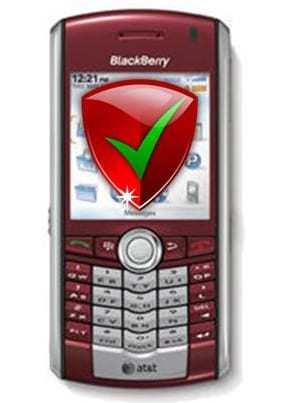 Totzke explained that those two types of software are vulnerable to attackers if they should gain access to those apps either by way of carrier networks or through WiFi connections. At the same time, though, he stated that “The level of risk here is extremely small.” The reason is that BlackBerry’s own security technology makes it notably more challenging for a cybercriminal to be able to work their way in and obtain data by way of an attack.

He also pointed out that “It’s a very complex attack that has to be timed in a very small window.” He stated that users should not hesitate to continue using the app until the update is actually released.

Heartbleed is a bug that made headlines last week when researchers reported that they had uncovered it. It targets the OpenSSL software that is frequently used for keeping data secure. It has the potential to give hackers access to a massive amount of information without ever leaving any evidence of their existence behind.

Mobile security experts have said that there are other apps that are also likely vulnerable to Heartbleed due to the fact that they use OpenSSL code, as well.