The online currency is looking to biometrics to verify identity.

They will be using a smartphone app called Nymi which was developed by a company called Bionym.

Bionym is a company based in Toronto, Canada. This mobile app development will help to make sure that digital wallets are more secure. Its use is meant to help to enhance the mobile security of the Bitcoin currency. According to Yevgeniy Vahlis, the chief cryptographer of Bionym, “People don’t know where their bitcoin funds are stored, and who can access them. The Nymi’s wallet application makes the answer clear: the wallet is physically stored on the Nymi. The Nymi’s multi-factor system, including its ECG biometric, ensures secure bitcoin storage tied to the rightful owner.”

This mobile security is provided through the Nymi bracelet, which they claim uses the heartbeat like a fingerprint. 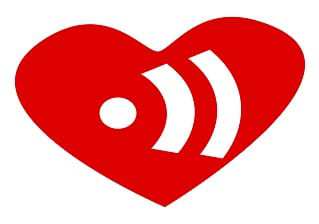 According to the Nymi bracelet website, “like a fingerprint, your heartbeat is unique.” Bionym’s technology uses biorhythms to be able to make sure that Bitcoins can be safely and securely used. The wristband is not yet available, but it can be preordered for $79. The current predicted release date is later on in this year. It contains electrocardiogram (ECG) capabilities that can detect, record, and interpret the various forms of heart biorhythms of the wearer.

Each of these readings is unique to the wearer and is extremely challenging to be able to counterfeit. This provides the users of the wristband with a form of identity verification that sidesteps the need for passwords, or helps to enhance the mobile security that passwords already provide. Its primary focus is on the characteristics of the consistent heart waves of the wearer. This makes it possible to make the Bitcoins of any given individual inaccessible to anyone except them. It also means that if the person is feeling nervous, the currency will also not be available to be used. The wristband sends the verifications through Bluetooth to smartphones, tablets, vehicles, and PCs.