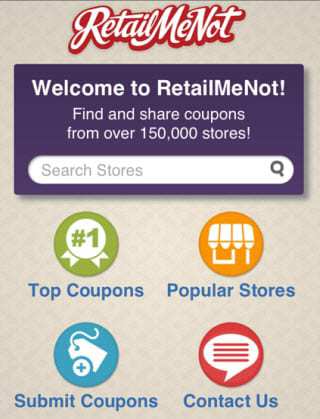 Leading American online discount coupon website, RetailMeNot.com has announced that it has launched a new site optimized for mobile devices at m.retailmenot.com.

The new website has been created based on the feedback provided by the community at the existing website, and offers consumers on-the-go with Android and iOS devices with savings opportunities by providing them with access to thousands of discounts being made by merchants worldwide.

Beyond its sizeable library of coupons, RetailMeNot also has plans for broadening its platform so that it will be able to provide consumers with exclusive mobile optimized and in-store deals from merchants that want to gain access to the ever-growing number of smartphone using consumers.

According to chief executive officer Cotter Cunningham, of WhaleShark Media, Inc. – the RetailMeNot operator – the company underwent a year-over-year growth in the triple digits in 2011. He explained that this was “why we made substantial investments in developing our mobile product capabilities over the past six months.”

Cunningham also state that the immediate result that the mobile service is providing to consumers is the “most efficient” way for them to discover and redeem coupons online through the use of their smartphones. He went on to say that they intend to add greater innovation and development to their mobile space.

Among the features of the RetailMeNot mobile site are:

• Search capabilities from among thousands of different online discount
• Coupon suggestions based on the most popular and “top coupon” lists
• Simple promotion code redemption
• Convenience of emailing coupons to themselves or others so that they can be used at a more convenient time.

For more on mobile commerce trends.